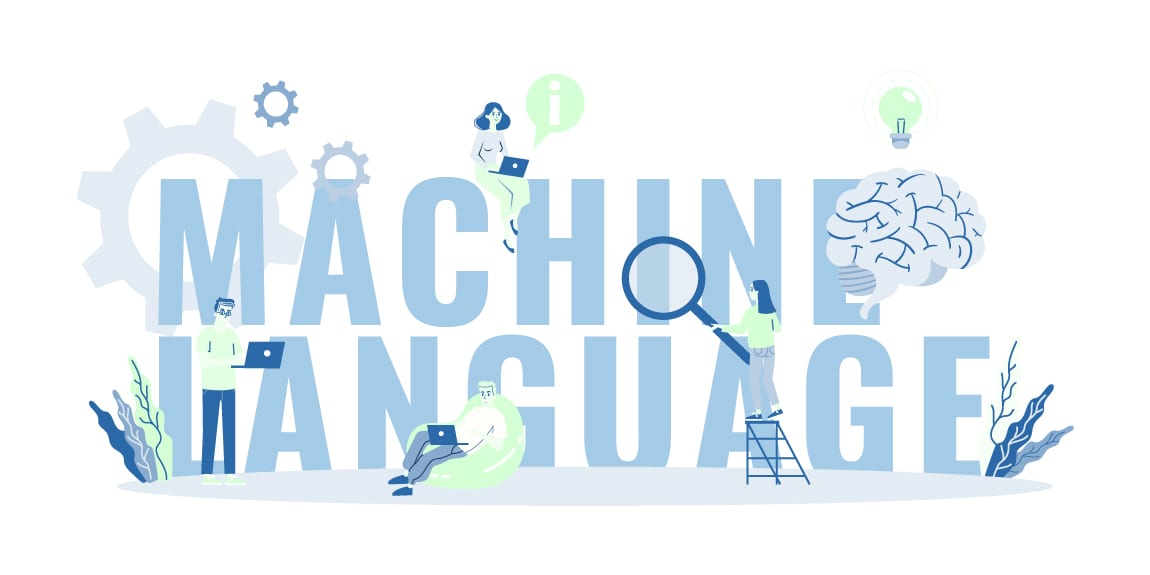 Which machine language is difficult for people to understand? It is quite interesting for students of software development. Even for those who use computers in everyday life. You switch languages, even technologies, and languages at the same time.  In this field, researchers studied different subclasses of languages, algorithms, and grammar for machine learning. Variable word length machines and fixed word length machines are used mostly for computers. This article provides you all the information that you need to know. Are there advantages of one language over another?

What is Machine language?

It is the language of processing computers. Simply we can say, conversion of language to a machine. They do not understand the human language. They understand the language that gives all the instructions and data in binary code 0’s and 1’s. The most efficient way to tell these machines what to do is this language. It is a low-level language use to control the CPU at a direct level. However, it is very difficult to understand but it is the only thing computer can process with.

These are similar to machine language. In order to represent machine operation code, it uses symbolic operation codes. Instead of numbers, the addresses, variables, and instructions have names. However,  they express elementary computer operations as mnemonics. But, in order to run a system, it has to be converted. Assembly language instructions consist of mnemonic codes which are easier to understand and modify. Programs are written faster with this language.  Assembly language programs are not portable. However, they are machine dependant. Assembler is a program that is used to convert the Assembly languages written application program to machine language.

Assembler transforms source code into binary machine codes. However, a time during which these codes such as symbolic code are transferred is assembly time. Programmers developed translator and assembler programs for the quick and accurate translation by computers than by people. Machine language program is made up of bit strings. The output of the assembler provides information on where to place these bit strings in the memory of the computer. Assemblers ignore the COMMENTS field. But, a high-level explanation of the program is conveyed by programmers using these comments to human readers.

These are the easier programming languages to learn. Machine language programming is a burden for Programmers because they understand human languages. Hence, they started using English-like abbreviations instead of writing “+10” for machine language instruction. High-level language text files use source programs and name source files. These abbreviations such as C++, ADD, SUB, make more sense to the programmers. Programming time which is the largest block of time is reduced by using higher-level languages such as JAVA, C++, and scripting languages such as Python. Moreover, it used in a variety of applications and social media sites.

Choosing to learn the easiest thing doesn’t automatically mean reward. We can learn whatever we want to from the internet and social communities along with these.

HTML is good to start if you are looking for a career in mobile app development, as software engineers, or web development. Python, C, and JAVA are most easier to learn. Python is easy to learn because of its simpler syntax, and integration with others such as C, C++.

It is the extension of C and the hardest language for students to learn. C++ is used in browsers, Microsoft applications, and financial modeling. Beginners mostly found problems with syntax. It is hard to learn because:

it is one of the toughest languages of the machine to learn. It is first introduced in 1998. Its first program took almost two years to be completed. Hence, you can imagine how complex it is. Malbolge is said to be an esoteric programming language. it is hard to learn because:

It was created in 2003 by Sean Heber. It consists of a language variation of the sound “moo” uttered by cows. That is moo, Moo, MoO, mOO, and so on. it is hard to learn because:

It is adopted in natural language processing and in artificial intelligence applications. It is hard to learn because:

It is primarily used by researchers. Moreover in teaching and industrial applications. It is built on lambda calculus and is a purely functional language. Haskell is statically typed.

Natural Language Processing or NLP is a branch of Artificial intelligence. This processing involves deriving data from human and computer interaction using the natural language.

NLP is mainly focused on reading, understanding, deciphering, and concluding results from the human language. Ultimately, establishing meaning that makes sense and can be termed as valuable. NLP techniques use machine learning to acquire results and data from human languages.

If we are to summarize the machine languages, it won’t be possible. Since technological advancement is continuous and data scientists bring new innovations to life every day, it is impossible for us to put a number to it.

The language of machines is not so complicated. However, they do require professional and academic insight to move forward. Also, they require your dedicated attention and time. There are combinations of low-level or high-level languages. You can research and learn about many others other than just the ones explained above. Many easier languages are also available that beginners can easily learn by taking lessons or through internet resources. Moreover, there are many esoteric languages but you should not consider them as a beginner.

Every field is vast. And if you are looking to learn something, time, dedication, and unparalleled attention will certainly take you there. For any other translation needs of yours, we are always at your disposal. All you have to do is just get in touch with us and let’s get started.