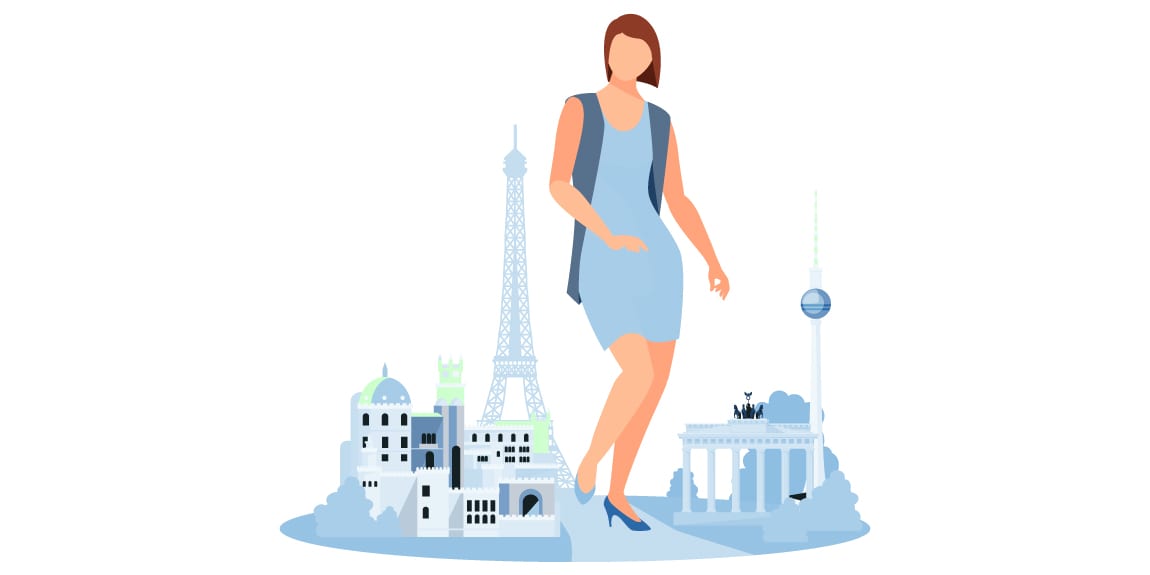 There are many languages in the world and because of their diverse number; it is very hard to count them.  Every country has different ethnic and cultural groups in which people use different languages to speak. How many languages can you speak? And which native speaker are you? What do you think which languages people speak in Belgium?

Well, you won’t find any speaker of ‘Belgian’ especially because Belgium is home to a diverse bunch of national languages. Belgium is famous for being the heart of the European Union while foodies also flock there to enjoy its chocolate, waffles, beer, and more. But apart from the questions related to food and trip, people are often curious about the languages used in Belgium. And if you are speaking the wrong language in Belgium, you are offending others and harming their culture. Belgium lies between France, Germany, and the Netherlands, in Western Europe. Covering around 30,000 square kilometers, it is a relatively small country and also one of the most densely populated on the continent.

Being a linguist, if you are curious to know more about the languages that people speak in Belgium, we are here to offer this service. So, let’s start!

Belgium straddles the border between Germanic and Romance-speaking Europe, and this position is reflected in the country’s political, cultural, and linguistic makeup. The influence of Belgium’s neighboring countries is mostly intervened with its history, as well as the languages. This country is often described as one of the most unnecessarily complex countries of the European Union. One of the main arguments to support this idea apart from its political structure is its complicated language system. With the melting pot of culture that went across deviant changes throughout history, Belgium is full of bilingual people, even without counting English. It has more than 12 million bilingual speakers.

People from abroad often call Belgium a nation with two different cultures, confusing institutions, and too many governments. The north of the country is called Flanders and the south Wallonia. The country was ruled by a wide variety of rulers, influencing how multilingual and multicultural Belgians are today. As a traveler, you should know about the language culture to get most equipped with its people. Broadly, the lingoes spoken in Belgium can be divided into official and other languages (dialect).

What language do they speak in Belgium?

Due to a process of state reforms implemented in 1970, Belgium consists of three official regions, the Flemish communities in the northern region, the Brussels capital region in the country’s geographical heart, and the Walloon in the south of the country. Based on these three regions, Belgium has three official languages – English, Dutch, and French. English is however not the primary language of the country. But even if it is not, a large percentage of the population speaks the English language. As such, you can speak it in different situations all over Belgium.

A large number of Flemish and French speakers can speak understand a second language. Others can even do so with a third language. The German language is not common like it used to be. A lot of citizens in Belgium learn other dialects in their educational system. But the prominent ones are Dutch, French, and German. Now, let’s explore them one by one!

Although Dutch is in the same category as Flemish dialects, there are still key differences between both languages. While Dutch is the official language of Nederland, Flemish-Dutch is the version that people speak in north Belgium. About 60% of Belgians are Dutch speakers and it is prevalent in the north which makes sense because Nederland is on the top right of Belgium. The Flemish community (Flanders) is from where the Flemish-Dutch language originates. As a result, it is the standard language that students learn in schools.

Between the Flemish language and Dutch, there are differences in vocabulary, pronunciation, and idioms. But still, someone speaking the Dutch language does not face as many problems in Flanders. Their difference is just like the one in UK and US English. But there is a fact that Dutch is dominant up north and therefore over half of the Belgian population speaks it as their first language. Standard Dutch language and its variants dominate Flanders. But when Belgium was becoming a nation, there was a guarantee of Dutch in the domination in (Flemish-Dutch) Flanders. Dutch spoken in Belgium has diverging culture in Nederland.

French is the second official language of Belgium. About 40% population speak the French language and therefore it relates to France’s location i.e. Wallonia. There remains no doubt that the French-speaking community lives in the Wallonia region and the city of Brussels. Again, there are no clear differences between the standard French language and the people speak in Belgium, you just to have adjust your ears a bit to understand the French-speaking Belgians. Being the second, it is also the traditional national language.

Only about 2.5% of Brussel-dwellers speak English as their native language, which was on par with Italian during the same period. French community had long been the main cultural region and in the country was already the dominant language in the cities and among elite groups in the whole country. The Jewish community has especially deep roots in Antwerp, Belgium’s second-largest city. During the 19th century and until the first 50-60 years of the 20th century, French was the ‘high’ language variant, and Dutch was the ‘low’ one in Belgium. The freedom of language in Belgium by the government is like the right to use French German.

Last but not least is the tiny German-speaking community. The governments must provide their citizens with versions of every legal and administrative document in each of the official languages. The German Belgian is the national language with the fewest speakers. The German-speaking region was under the control of France in the 18th century, but later on, in the 20th century, Germans took power in Belgium again and bringing their Germanic language with them. Roughly, it constitutes about 1% of the total population. Unlike other regional languages, German had less time to evolve independently. The influence of the German tongue traces back to the Frankish tribes which was the dominant northern area of the country, supplanting Roman rule around 300 AD/CE. Belgium’s language issue is not understandable with a good grip. The different linguistic communities do not exist in harmony.

With the diverse multilingual culture, there are many other languages people speak in Belgium. This can change dramatically depending on the region you live in. But in any case, it is good to take suitable note of the regional languages to avoid confusion and offense. Some other languages people speak in Belgium include English, Luxembourgish, Walloon, Yiddish, and Picard. About 55% of people in this country randomly speak English which is also because it is an international language and most probably, people speak it in business affairs, the education system, and other international institutions.

But Luxembourgish is just like the fourth official language of Belgium. It belongs to the arrondissement of Arelerland, in the Belgium province, Luxembourg. It is not recognizable on the national level but it’s nevertheless a minority language by the French community of Belgium. Walloon is the most common in the French region as well. But consequently, the number of people speaking Walloon may differ. Lastly, Yiddish belongs to the strongest Yiddish community in Belgium. It is very common in Jewish communities.

Learning different languages improves your language skills and therefore everyone should know about more languages. Hope this article is helpful for you! For any queries, Contact US!