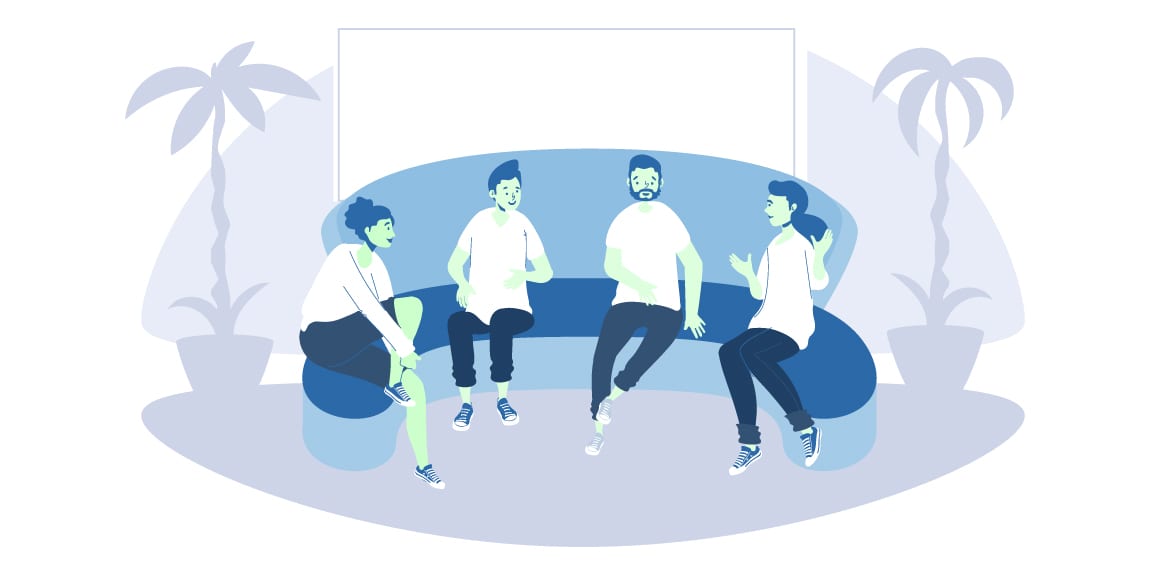 Have you seen the animated film ‘Ice Age’? Do you know that Iceland is a country? Though some of you may have heard about it already. Are you planning to visit it or you’re already a citizen of this nation? Do you know about the languages people speak in Iceland? Well, the motive behind asking these questions is to give you a clue about the topic we are going to discuss today. You may have guessed it right; this article will provide you information about the language of Iceland. At first, let’s get a quick and brief overview of the country Iceland!

Well, Iceland is a Nordic island nation located in the North Atlantic Ocean. It is lying constantly active on the geological border between North America and Europe. Iceland is a land of vivid contrasts of climate, geography, and culture. It is a very isolated and linguistically homogeneous island historically but has never been home to several languages.

So, let’s explore this monolingual country and figure out the facts about its lingo!

What language does Iceland speak?

It is one of the most common questions people ask. Unlike other countries like Switzerland and India, where people speak several national languages, Iceland is largely a monolingual country. Though, it doesn’t mean that the Icelanders do not know about other lingoes. Many of them are fluent in other foreign languages like English, Danish, and French, but that’s only because they have to learn them at school. Gaelic was the native language to many Icelanders. But in terms of dialectic varieties and official language, Iceland is completely a homogeneous country.

So, apart from the foreign language and other national lingoes, the official language of Iceland is the Icelandic Language. It is an Indo-European language belonging to the Nordic branch of the Germanic language. This lingo is very similar to Old Norse and closely related to Norwegian and Faroese, rather than Danish and Swedish. It was adopted by the parliament by the Virtue of Act in 2011. Icelandic Sign Language was also officially recognized by law in 2011 as a minority language. It was the first language of the deaf community and therefore it was representing their constitutional rights. In Iceland, studying Danish and English or any other Scandinavian languages is mandatory for students in school. Though the Icelandic language is very different from the Scandinavian languages.

Now, let’s review other areas of this lingo!

Icelandic is the most conservative lingo than the most Western European languages. The oldest preserved texts of this lingo were written around 1100 AD. Many of these texts were based on poetry and laws traditionally preserved orally. The most famous texts written in Iceland from the 12th century onward are the Icelandic Sagas. It is a Western dialect of Old Norse, also known as the Old Icelandic. Icelandic has changed remarkably in terms of pronunciation from the 12th to 16th century as compared to other Germanic languages, especially in vowels. Norwegian was similar to Icelandic but from the 14th century, it got more influence from the other languages like Swedish and Danish. But later, in the 18th century, the Danish lingo also became a threat to the integrity of this language.

In the 19th century, the modern Icelandic alphabet has developed a standard established by the Danish linguist Rasmus Rask. In the same century, a movement began towards language purism for independence. Icelandic has the basis of orthography that was laid out in the 12th century by a document referred to as The First Grammatical Treatise by an unknown author who has later been referred to as the First Grammarian. Later, in the 20th century, there are many other changes made in the Icelandic alphabets. It is also an insular language because it has no huge influences greatly by other languages and so has not changed that much since the 9th and 10th centuries. Icelandic is not only the national language but instead, it has the official status in Iceland now.

Iceland developed around the settlers of Iceland and it has a huge foreign influence which was decreasing with time. Currently, there are around 350,000 Icelandic speakers and most of them live in Iceland. It constitutes around 97% of the Iceland population. But its native speakers are also present in other countries like Denmark, Norway, Sweden, the US, and Canada. Though it has a very long history there are not many diverse changes in it. Moreover, roughly around 200 deaf people are living in Iceland and using the Icelandic Sign language. Icelandic lingo is a part of the country’s national identity and people take both feelings of pride and make great efforts to preserve it. Also, check out the history of the Norwegian flag.

Icelandic has very slight dialect differences phonetically. It has both monophthongs and diphthongs, and consonants that can be voiced or unvoiced. The voice plays an important role in the differentiation of most consonants including the nasal but excluding the plosives. The rhotic consonants may either be trills or taps depending upon the speaker. The phonetic analysis reveals that the voiceless lateral approximant is in practice and usually realized with considerable friction, especially word-finally or syllable-finally. In 2000, Scholten has introduced three extra phones. Many competing analyses have been proposed for Icelandic phonemes. Being a phonetic language, it is also easy to learn when you know how to pronounce all the alphabets.

Icelandic has many of the grammatical features of Germanic languages and resembles Norwegian before much of its fusional inflection was lost. It is a heavily inflected language with four cases including nominative, accusative, dative, and genitive. The nouns of this lingo have three grammatical genders: masculine, feminine, and neuter. Each of the genders has further two declension paradigms i.e. strong and weak nouns. Nouns, adjectives, and pronouns are declining for cases and numbers in the singular and plural. Verbs use conjugations for tense, mood, person, voice, and number. It has three voices including active, passive, and middle. Though, there is a debate going on about the middle voice if it is simply an independent class of verbs of its own. The basic grammatical structure for sentences in Icelandic is:

The Icelandic alphabet is famous for its retention of two old letters that no longer exist in the English alphabet: Þ, þ (þorn, modern English “thorn”) and Ð, ð (eð, anglicized as “eth” or “edh”), representing the voiceless and voiced “th” sounds (as in English thin and this), respectively. The Icelandic language uses the Latin script alphabet. There are 32 Icelandic alphabets out of which only three are in use for foreign words. The letter z which was a part of the Icelandic alphabet for a long time was very similar to s in pronunciation; therefore it was extinct officially in 1973. The letters, C, Q, and W, are in use for words of foreign origin or some names that are also of foreign origin. For other cases, these three letters are replaceable by the Icelandic letters, k/s/ts, hv, and v, respectively.

Is it the hardest language to learn?

As people speak Icelandic in several different countries, it also has the status of International language. People who are trying to learn it often consider it extremely difficult but it is not that hard. You can learn this lingo from a joint course offered in North America. Special Icelandic courses and other supporting websites are also available for exchange students.

You may find it difficult and challenging at the start, but as you progress, you will find ease in your difficulty. Every language has things that make it difficult for non-native speakers. The hardest part of Icelandic lingo is its grammar. It is because, apart from the three grammatical genders, you also have four cases that you need to consider while you’re speaking and putting sentences together. It is difficult than other languages but there is nothing which you cannot learn. You just need to stay firm on your decision. If you’re planning to learn it sooner, Best of Luck!