What kind of Spanish types are there of the Spanish language? 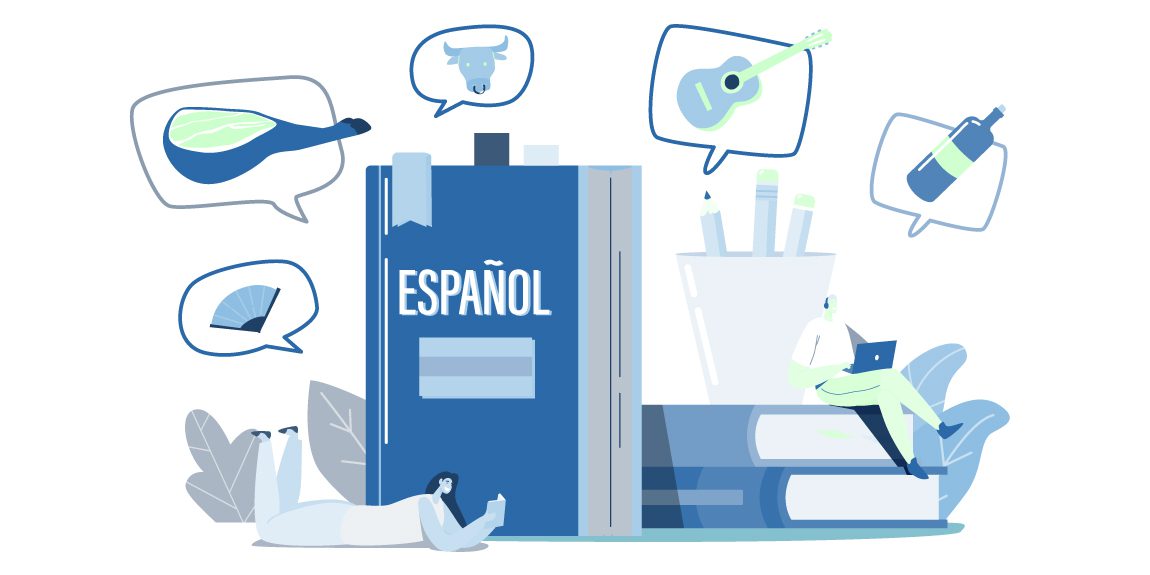 There are many countries among the seven continents. These countries have their own cultures and languages that are distinctive to them. A country’s culture is shaped by the languages it speaks. It is not wrong to state that social relations depend solely on language. Spain is known for its diverse traditions, flamenco music, and dances, as well as bullfights and various types of Spanish language spoken around the globe.

Spain is a cultural center that is well-known in Europe. Spanish is the official language of Spain, also known as Castilian. It is spoken by almost 500 million people around the world. It is most commonly used in Spain and Hispanic American countries. Spanish is the fourth most widely spoken language globally and is part of the Ibero Romance group.

These languages are derived from vulgar Latin dialects introduced to the Iberian Peninsula during the 5th Century. It is hard to deny the popularity of Spanish as a language. All the dialects and variations of this language were studied as it rose in popularity in the US.

Documents dating back to the 9th century were the first to show signs of modern Spanish. Spanish is the official language in Spain. However, Spanish is also spoken in many other countries.

Romance languages such as Spanish, Portuguese, or French are widely spoken in Latin America. Spanish is also spoken in Colombia, Mexico, Costa Rica, Bolivia, Rica, and Uruguay. Puerto Rico is an unincorporated territory in the United States, with English and Spanish as its national languages.

A dialect is a type of language that is specific to a region. British English, for example, is a dialect that speaks the English language. Different regions have their own Spanish dialect.

What are the different types of Spanish?

There are many dialects in all regions where Spanish is spoken. Different types of Spanish include:

In the 15th century, Spanish colonizers arrived on the coast of Puerto Rico. This was the beginning of the incorporation of Spanish culture and languages into the US. It is shocking to say, but the US is home to more Spanish speakers than Spain. The United States has approximately 41 million native speakers. Immigrants from Mexico, Cuba, Venezuela, etc., have played a significant role in the growth of Spanish in the US.

Hispanics are a significant ethnic group in America, as they speak mainly Mexican Spanish. The number of Spanish-speaking Americans has increased over the years, making it one of the most widely studied languages. This is the hallmark of American Spanish culture.

Languages can differ within a state or country. European Spanish is a general term that describes the various Spanish dialects spoken on the Spanish islands. There are many forms and variations of Spanish. Here are some examples:

Castilian Spanish is another name for the Peninsular Spanish language. It is widely spoken in Northern and Central Spain. Although this dialect originated in the central and northern cities, it has become a popular type of Spanish throughout all regions.

Castilian dialect uses the vosotros verb form and the imperfect subjunctive to distinguish it from other Spanish dialects. This dialect was a representation of the Spanish empire. Some people refer to Spanish as “Castellano” instead of Espanol. Checkout our latest post about when do you need a live Spanish translator!

This type includes dialects from densely populated areas like Andalusia and Ceuta. It is Spain’s second most spoken Spanish language. Latin American dialects have similarities to Andalusian dialects due to the migration of colonists from Andalusia and Latin America. Consonants such as “r” or “d” are not used to make the dialect more fluid and tender. Contrary to Castilian Spanish, “Ustedes” is used in the second person plural of vosotros.

The dialect is a Canary Island native. This Spanish dialect is very similar to Andalusia’s Caribbean dialects. Ustedes is still used here as the second person plural. Here, the pronunciation is soft-toned.

Latin America is made up of several countries and regions. It is also used to refer to areas where Latin-based languages are spoken. Many Spanish dialects are spoken in Latin America. They are not the same as the Iberian dialects. These accents and dialects distinguish this region from the rest. This variant pronounces letters like “z” and “c” as “s”.

This dialect is from Uruguay and Argentina. It ranks among the different dialects as compare to the rest and is based on its relationship with the Italian language, as there are many Italian colonies in the area. This is since the dialect sounds very similar to Italian words.

Spanish from the Caribbean

Spanish is also the national language of Puerto Rico and Cuba, Caribbean islands. This dialect was created by the colonists who settled on these islands. There are many similarities between the dialects of the Canary Islands, Andalusian Islands, and the local people who settled here. The similarities in the dialects are easy to spot, both in spoken and written form, as we discussed previously.

This Spanish dialect is spoken in Equatorial Guinea and has been designated the official language of Sub-Saharan Africa. This dialect is closer to European Spanish with some German and Guinean influences in vocabulary and pronunciations.

Which Spanish dialect is the best?

This debate is, in fact, futile. This is a case where language comparisons are inappropriate from many points. If a native speaker is speaking a language, his dialect will be the most appropriate and correct. The British will speak in a superior tone to English if you ask them. You can have a conversation with American English speakers, and they will sound just as lavish.

It’s all about who you are talking to. All Spanish languages are equally effective at communicating ideas and communicating their thoughts linguistically. We can argue about this, but it won’t get us far. However, if you want to set up your website in Spanish, you must know which Spanish dialect you prefer. You can choose the Spanish spoken in Colombia if your target audience is from there.

Rioplatense is the best option if you want to impress an Argentinian audience. This article should help you to create a better plan. You can also consult the translation services website for more information or to submit a request for translation.