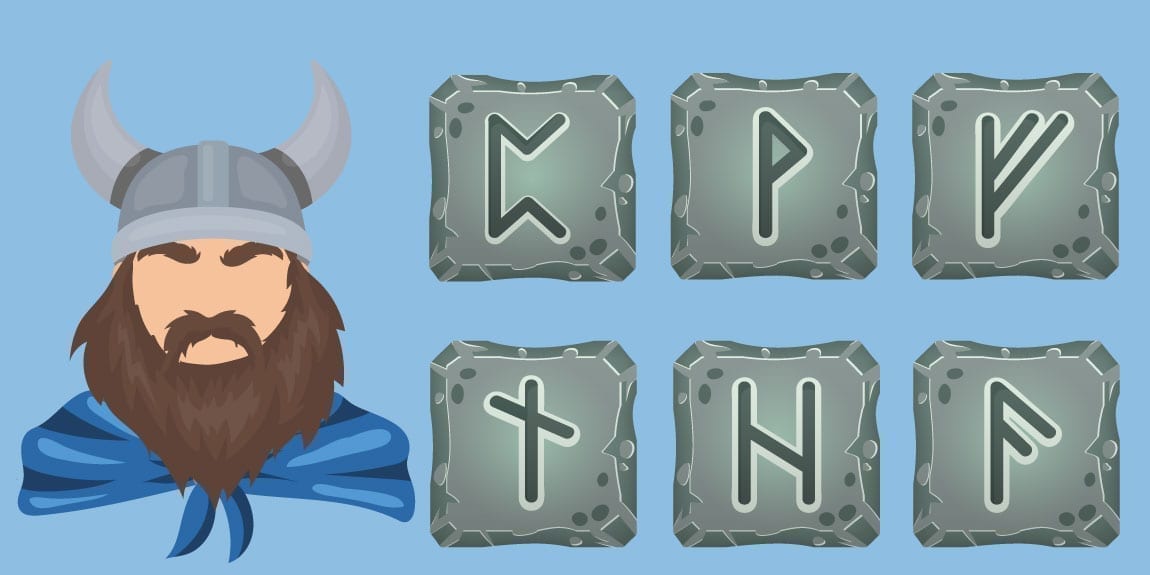 There are a lot of stories about the Vikings. Some of those stories people end up seeing in movies and TV shows. There was something about those people that inspired so much fiction. Although a lot of stories about them are pure fiction, one can be certain that the Vikings were unique people. They spoke their own tongue and lived separately from the rest of the world. Today, their descendants have created some of the most peaceful living conditions on earth. Even the languages spoken in Scandinavia have descended from Old Norse, the vernacular of Vikings. There is a shared culture that every country in the region follows, and it inspires them to place society’s needs over the needs of an individual.

Long before there was the Latin alphabet, there were the runes. They were the runic alphabet used by the people of that era to write on stones and wood. Runes were unique and helped people in recording information before the Christianization of Europe. Once Latin came, a lot of things changed along with the languages and the alphabet. But some runes were preserved. A lot of them containing various runic alphabets can still be accessed. In fact, some of them are even available online for viewing.

There were multiple runic alphabets. One popular type was the one that was used by the Vikings. It was known as the Futhark. Like all other vernaculars and writing systems, it went through various changes. The oldest form of it is known as the Elder Futhark and was reportedly only known by the literate few. This is why not a lot of data is available on it. Some estimates concluded that there were only 350 people who could understand and write in Elder Futhark. But that changed when the alphabet underwent some changes.

Also known as Scandinavian Runes, this alphabet descended from the Elder Futhark. The number of runes was reduced in Younger Futhark. While the previous version had 24 runes, the latest one only had 16. However, the names of most of the runes were taken from the previous version. Once Younger Futhark was created, it did not stay limited to the selected few. It was used by all the Norsemen. Even casual notes written in the runes were located from the era. The literacy level also improved during the time of the Younger Futhark, so its popularity can be attributed to that.

This alphabet was further divided into two main categories: the long-branch and short-twig runes. The former was used for documenting on stones. It was better suited for writing on stones and for recording long texts. The short-twig alphabet was used for writing personal and official messages on wood. The division helped in writing messages and texts in a better way.

Scandinavian Runic Alphabet Throughout the Years:

Once Latin reached Scandinavia and paper became common, the need for runes ended. Nobody had to write on stone or wood anymore to record messages. However, it wasn’t easy to give up on a system that has been in use for such a long time, which is why the Younger Futhark had descendent scripts. These writing systems stayed in use even when Latin became common in the region. In fact, some runes have been discovered which contained inscriptions in Latin.

Today, the developed vernaculars of Scandinavian countries do not need help from the alphabet of the Vikings. However, it isn’t difficult to find something with a rune on it in those countries. Tourists often buy such things as souvenirs. The runic calendar is a pretty common thing to have on display in Scandinavian homes. Even if people can’t understand the old texts, they take comfort in having a piece of their history in their homes.

Some people study the runic alphabet today to decipher the inscriptions on old stones and wood pieces. Some learn the writing system simply out of curiosity. But there are also those who study the runic alphabet so they can better figure out the languages of the world and how they progress over time. The vernaculars spoken in Scandinavian countries today do not share any similarities with the writing system of their ancestors. But all the tongues spoken in the region originated from Old Norse, the language of the Vikings.

There were various runic alphabets in the past that helped people keep a record of their daily business on stone or wood. If someone is asked to write on stone today, they will probably laugh at the idea. But for a long time, it was the only solution for our ancestors. And they made good use of it, judging by the numerous inscriptions we have discovered. There are also plenty of inscriptions that we cannot decipher to this day. There will always be secrets of the past that humans can never uncover.

The lives of the Vikings is another secret that we can never fully uncover. But we can learn some things about them from what they have left behind. Their alphabet and inscriptions are one way to get a closer look at the lives of the Norsemen. We may not learn much from their descendants, but we can pick up a lot from their history. Not only can we learn about others from history but also about ourselves. However, this is something people rarely pay attention to and always stay focused on learning about everything else.