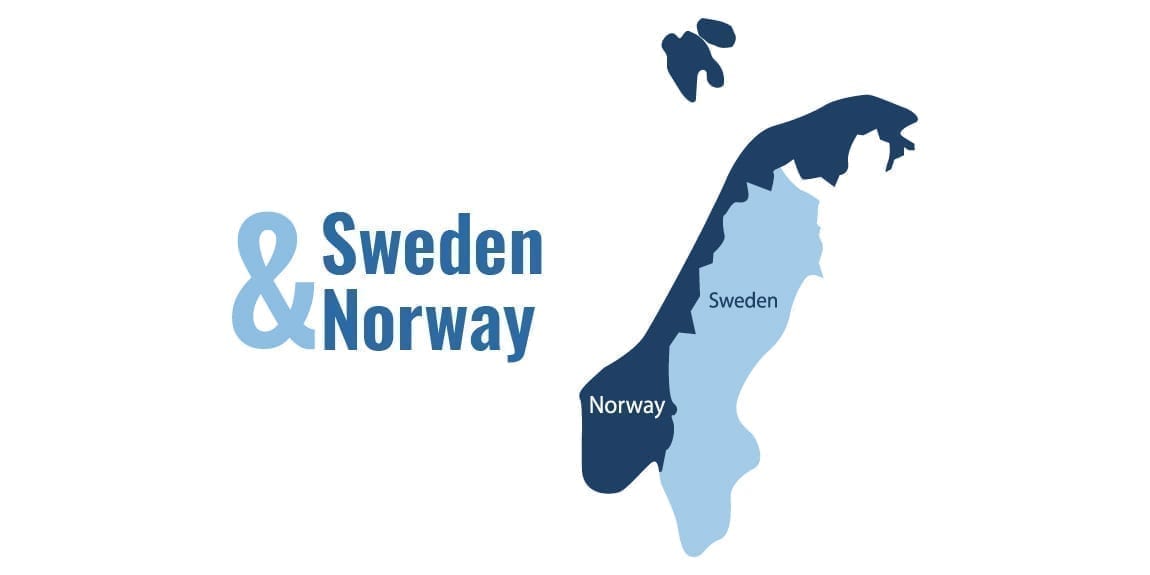 Scandinavia is a region in Northern Europe. There are three countries in the region: Norway, Denmark, and Sweden. The three countries share strong historical and cultural ties. They also have similar social systems. They are the happiest countries in the world. The citizens of Sweden, Denmark, and Norway enjoy civil liberties, high per capita income, and high quality of life. The countries also rank highly on the Human Development Index. The similarities, however, doesn’t just end there. The Scandinavian languages form a dialect continuum and are mutually intelligible. This means that a native speaker of Swedish can understand a Norwegian and vice versa.

There are a lot of misconceptions about Scandinavian countries. The Noric region adds to people’s confusion. Many assume that Iceland, Greenland, Finland, and the Faroe Islands are also a part of Scandinavia. They think that Finnish, Icelandic, Faroese are also mutually intelligible with Swedish, Norwegian, and Denmark. But that’s not true. The Nordic countries also share a lot of similarities but it is the Scandinavian languages that are mutually intelligible.

What is the language of Sweden and Norway?

Due to the close cultural ties between these countries, people think that there is a single national language that is spoken in Sweden, Norway, and Denmark. But each country has a different official language. There is no single official language of Sweden and Norway and the people of the countries speak Swedish and Norwegian respectively. Every common language of Scandinavian countries has its own unique features.

Swedish, Norwegian, and Danish form a dialect continuum of Scandinavian languages. They belong to the North Germanic language group. They are all descendants of Old Norse, the language of the Viking Era. However, the three are also different from each other in many ways. Even the mutual intelligibility of Swedish, Norwegian, and Danish vary from one dialect to the next. Some dialects make one language very different from the other.

Besides English, Dutch is another Germanic language that has influenced Scandinavian vernaculars. They all belong to the Indo European family.

So, if the three North Germanic languages spoken in Sweden, Norway, and Denmark are mutually intelligible, what makes them different from each other? There are a lot of ways in which Danish, Swedish, and Norwegian have maintained their uniqueness throughout the years. Despite being closely related, the vernaculars have not become one. They have also maintained their differences from other languages of the region like Finnish and Faroese despite the fact that all Nordic languages descended from Old Norse.

A Swedish vs. Norwegian comparison can explain the differences between the two to outsiders. Here’s how the two languages differ from each other:

The mutual intelligibility of the native languages of Norway, Sweden, and Denmark means that their people can easily communicate with each other. But, the Norwegian language has many dialects that can be quite unique in pronunciation. The Swedish language has a writing system that makes it different from Norwegian and Danish. So, what happens when a Dane cannot understand a Swede? They resort to English because it is the lingua franca of the region.

Scandinavians can not only speak English but they are also pretty good at it. Their English language skills often surprise tourists. The reason behind the Scandinavians’ good English skills is that it is very easy for them to learn the vernacular. English, as well as the Scandinavian languages all belong to the Germanic language family. They may not be mutually intelligible but they do share a lot of similarities. So, if someone wants to see the Northern Lights but doesn’t know any North Germanic languages, they can easily get around by speaking English.

Danish, Swedish, Norwegian, Finnish, Faroese, and Icelandic are all spoken in the Nordic region and have the same ancestor. However, they are not very similar. Out of them, the official language of Norway along with Danish and Swedish belong to a group of mutually intelligible vernaculars. But with time, every national language undergoes change. Some become simpler, while others get influenced by a foreign language and become unique.

Over the years, the three vernaculars of Scandinavia have developed many differences. This is making people wonder whether the languages are slowly becoming stranger. It is true that the degree of mutual intelligibility between the three has decreased in the past century, but that doesn’t mean that they are about to become completely different from each other.

Whether it is a minority language that affects the vocabulary of people or a foreign language, no one can deny that vernaculars change frequently. Due to a large number of immigrants coming over to Sweden, the immigrant languages have affected Swedish greatly. However, the three neighboring Scandinavian vernaculars are not going to become strangers any time soon because they share a lot of similarities.

Why are Scandinavians so damn good at speaking English?

When tourists visit Scandinavia, they expect the locals to talk in their native tongue. However, a bilingual education system means that all the Scandinavians are fluent in English too. The Scandinavians have discovered the art of language learning by teaching a foreign language at an early age in school.

Due to the popularity of English in Scandinavia, plenty of foreign words have made their way into Danish, Swedish, and Norwegian. Even the national language of Finland has been influenced by Engish. Although English is spoken as a second language by the natives, it still enjoys a strong presence in this European region.

The language learning strategy of the Scandinavians has paid off because a huge percentage of the population speaks English fluently. English may be a minority language in the region, but it is still pretty popular. It is the American version of English that the Scandinavians learn as their second language.

Even Nordic countries like Finland pay a great deal of attention to English language education. Whenever a foreign vernacular is learned it ends up affecting the spoken language of the land. This is why Finnish, Swedish, Norwegian have a lot of English loan words.