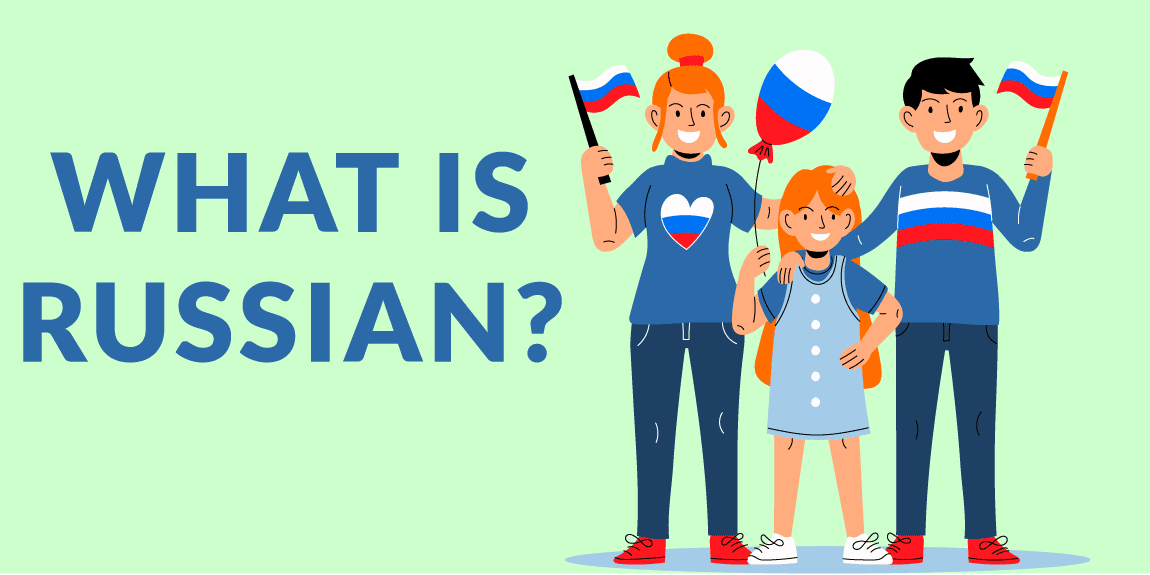 Russian, or русский язык in Russian, is an Indo-European language of the Slavic family with around 200 million native speakers. It is the first language of most Russians and the second language of many others from the 19th century Soviet Union. Although influenced by other languages throughout its history, Russian has preserved a core of lexical and grammatical simplicity that makes it one of the easiest Slavic languages to learn for English speakers without prior knowledge of Slavic languages.

The history of Russian

The earliest written evidence of Russian dates back to 11th-century Novgorod, when it was spoken among traders and merchants. The Kievan Rus period (10th–13th centuries) is known for the oldest extant structure in Moscow, Bolshoi Theatre, and for numerous friezes on Kyiv’s walls.

Muscovy emerged as a powerful khanate that was a part of a union of Northern East Slavic territories, which eventually evolved into the Tsardom of Russia. During the Mongol invasion of Rus’, most of its territory became tributary to Golden Horde. In 1547 Grand Prince Ivan IV established a new legal code, called Sudebnik (Судебникъ), based on Lithuanian law. In the second half of the 20th century, Russian was also widely taught in nations within the Soviet sphere of influence, particularly in eastern Europe.

Church Slavonic, an established and partially Russified form of the South Slavic Old Church Slavonic language used by the Russian Orthodox Church, has influenced the principles of word formations, the vocabulary, and, to some extent, inflections and literary style of Russian. Some more renowned poets have also contributed to the development of the Russian language. One of them was Aleksandr Pushkin, a 19th-century poet, who had a significant impact on the language’s future evolution.

Russian literary style and vocabulary have been impacted by Western Europe and Central Europe languages like Latin, Polish, Greek, and Dutch over the years. During the 18th century, Peter the Great’s political changes were complemented by an alphabet reform, and they were successful in achieving their goal of secularisation and modernization. Blocks of specialized vocabulary were borrowed from Western Europe languages.

Most of Russia, Ukraine, Belarus, and Kazakhstan. In addition to these four countries, there are Russian communities all over the world: in Israel, Turkey, Germany, and other European countries as well as South America and North America.

The classification of Russian languages

The Russian language, also known as русский язык (russkiy yazyk) or Русский язык (russkiy yazyk), belongs to a group of Indo-European languages which includes Italian, Spanish, English and German. It is a descendent of the Kievan Rus language, which was spoken by a loose aggregation of East Slavic tribes from the late 9th century. The Russian language also belongs to a family of languages known as Slavic, which includes Czech and Polish.

The alphabet and other alphabets used in Russian

The Russian alphabet has 33 letters, a zero, and 10 digraphs. There are 12 vowels and 21 consonants, which makes it a fairly easy language to learn. Some words, however, like «душа» (dusha), can cause difficulty for foreigners who do not know how to pronounce them.

How many people speak Russian?

There are more than 300 million native speakers of Russian worldwide, making it one of the most commonly spoken languages in Europe. It is an official language in Russia, Belarus, Kazakhstan, and Kyrgyzstan. In addition to these countries, there are sizable Russian-speaking communities found throughout Central Asia and other regions. Read this list of countries speaking the Russian language.

Why has Russia invaded Ukraine and what does Putin want?

Russia launched an invasion of Ukraine because they were afraid of being attacked by NATO forces. The Russian government wanted to stop the Ukrainian army from invading the Crimean Peninsula. The invasion started when the Russian president ordered tanks into the country. He said he did this because Ukraine was becoming a threat to Russia and its citizens were unable to feel safe and comfortable. Many people died during the conflict.

Sergei Lavrov, Russia’s foreign minister, spoke of freeing Ukraine from despotism, while Sergei Naryshkin, Russia’s foreign intelligence chief, said that “Russia’s destiny and its eventual position in the world are at stake.”

“The adversary has classified me as target number one; my family is target number two,” Ukraine’s democratically elected president, Volodymyr Zelensky, said. Russian military attempted to invade the presidential compound twice, according to his adviser.

Russia’s president declined to refer to the situation as a war or an invasion. Moscow continues to refer to Europe’s most serious conflict since 1945 as a “special military operation.”

Many intellectuals around the world have been giving statements in regard to the Russian-Ukrainian war. “I think it’s becoming more clear that [Putin] wants to divide the country,” says Barbara Zanchetta of the Department of War Studies at King’s College London.

The West agreed in 1990 that Nato would expand “not an inch to the east,” but did so nevertheless, according to President Putin.

And, as Barbara Zanchetta points out, the atmosphere of the 1990s was considerably different: “It wasn’t done as a provocation; there was a collaboration for peace.” “He tried to weaken Nato, but Nato has grown significantly stronger,” Barbara Zanchetta argues.