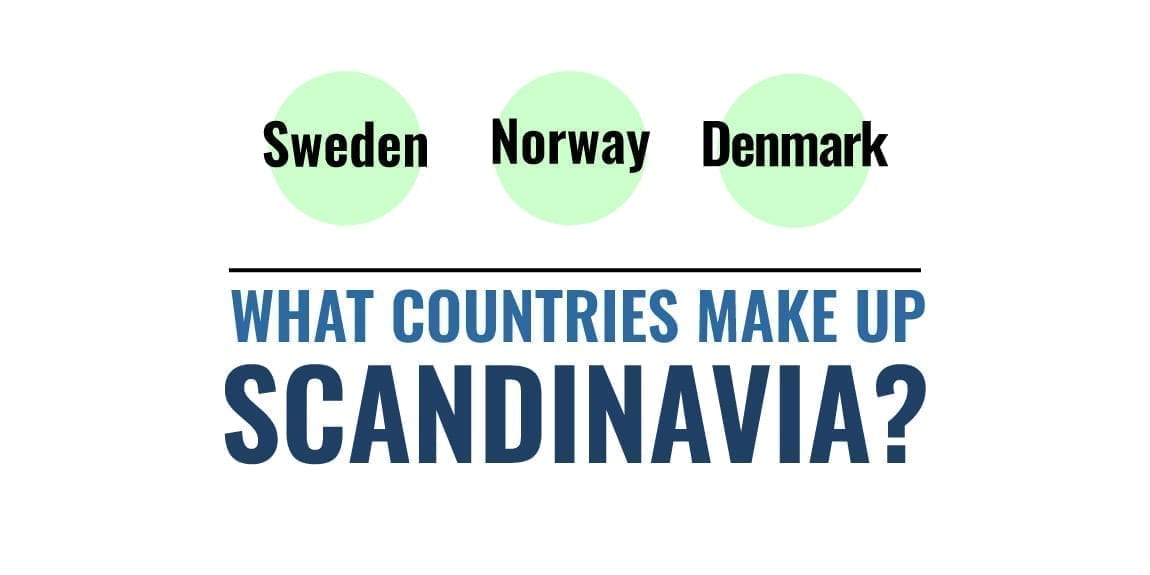 The region is a popular tourist destination. The mountains and lakes are some of the biggest tourist attractions. The fact that Scandinavia is the happiest region in the world makes it more attractive to outsiders.

If you are planning to visit Scandinavia to witness the beauty of Northern Europe, it is better to learn a bit about the countries. A lot of people are not even sure about what country makes up Scandinavia but that’s okay because there is a lot of confusion around this question. In reality, Denmark, Sweden, and Norway make up the Scandinavia. They are the ones that share strong cultural and historical ties. Their official languages Danish, Swedish, and Norwegian are mutually intelligible. Some people think that Iceland, Greenland, and Faroe Islands are also in Scandinavia. But they, along with Denmark, Sweden, and Norway make up the Nordic countries.

The Nordic countries also have a lot of cultural similarities but their languages are not all mutually intelligible. Only the Scandinavian languages are similar and form a dialect continuum. Despite the similarities between Danish, Swedish, and Norwegian, they have not been replaced by a common language for the region. The North Germanic languages also have plenty of differences that define them.

Why Are Scandinavian Countries the Best?

What is the Difference Between Scandinavia and Nordic Countries?

But in stricter sense, the kingdoms of Denmark, Sweden, and Norway make up Scandinavia and have close ties. Along with these three, Finland, Iceland, and Greenland are included in the list of Nordic countries. Autonomous regions of these countries are also included in the Nordic region.

The Nordic countries have a lot in common in their history and social structure. The Norse people, better known as the Vikings had their permanent settlements in the Nordic region. In 1962, the Helsinki Treaty was signed which set the framework for cooperation between the countries through the formation of the Nordic Council.

Old Norse was the language of the Vikings. Danish, Swedish, Norwegian, Icelandic, and Faroese all descended from Old Norse. However, it is the first three that are the closest to each other.

When is the best time to visit Scandinavia?

Denmark, Sweden, and Norway are not only the happiest countries in the world but also have some of the most beautiful landscapes. Every year, millions of tourists turn towards the region. However, if someone wishes to see the Northern Lights, they can’t just visit one of the countries and decide to witness the unique phenomenon.

If someone wishes to see Aurora Borealis then they should visit between November and March. November through March is the peak season for the Northern Lights. If instead of seeing the Aurora Borealis, you want to go to the region in a season when tourist lines are short then the best times are either early May or late June. September is also a good time to visit the Scandinavia.

Which Scandinavian countries are in the EU?

The Nordic Countries have the Nordic Council that defines their relationship with each other. But when it comes to Scandinavia, not all the countries are in the European Union. Sweden and Denmark are both in the European Union. But Norway decided to stay out, simply because it can afford to. However, Norway is part of the European single market and is also in the Schengen Area. This way, the citizens of Norway enjoy all the benefits that other Europeans do.

Are the Faroe Islands part of Scandinavia?

The Faroe Islands are a self-governing overseas administrative division of the Kingdom of Denmark. But despite that, they are not a part of Scandinavia if the region is being defined accurately. However, in common English usage, Scandinavia includes Denmark, Sweden, Norway, Faroe Islands, Iceland, and Finland. Faroese, the language of the Faroe Islands is also a descendant of the Old Norse. However, it is not mutually intelligible with other Nordic languages.

Scandinavian Languages and Their Translation:

The North Germanic languages of Scandinavia are mutually intelligible to a certain degree. Swedish, Danish, and Norwegian are the closest from the group. Their speakers can understand each other without much difficulty. Some of the dialects of the group are quite different from each other. For instance, Danish speakers from Copenhagen and Swedish speakers from Stockholm have difficulty understanding each other. Over the years, the languages have been influenced by other Germanic vernacular including English.

Since the dialects of Swedish, Norwegian, and Danish have a lot of differences, they cannot be translated by just about anyone. Despite the mutual intelligibility, a speaker of Swedish cannot accurately translate Danish. Only a native of Denmark can handle Danish translations. But it is important to remember that if you wish to move to Sweden, Iceland, or any other country in the Scandinavian Peninsula, you don’t have to learn the official language in advance. The people of the region speak English fluently. Tourists have no problem getting around. It is only businesses who should get translations in the native languages in order to connect with their target audience.