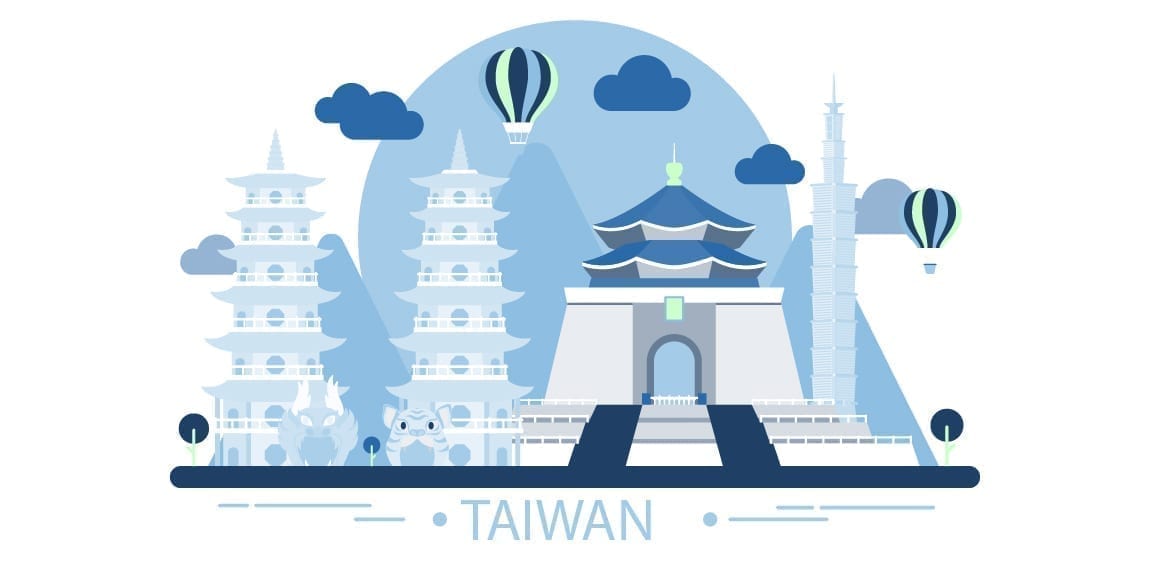 Officially the Republic of China (ROC), Taiwan is a country in East Asia. Its neighboring countries are Japan, Thailand, and the People’s Republic of China (PRC). With a population of nearly 24 million, it is one of the most densely populated countries in the world. The island of Taiwan was inhabited by the indigenous Taiwanese people 6,000 years ago. After that, the Dutch colonization of the land resulted in mass Han immigration to the region. Today, Han Chinese make up the majority of the country’s population. 2% of the population is made up of indigenous peoples. Taipei is the capital of the country. The history of the state tells the story of Japanese occupation and how it affected the cultural identity of the natives.

The Han Chinese can be divided into three major groups: Hoklo, Hakka, and Waishengren. The country is not a member of the United Nations. It lost its membership when the People’s Republic of China was awarded the membership. The PRC claims ROC as its part. As a result, the political status of the country remains unclear. Currently, the ROC has foreign relationships with only 14 states. Buddhism and Taoism are the most popular religions in ROC.

What are The Languages Spoken in Taiwan?

Culture and languages are important parts of social life. The culture of every country is defined by the beliefs, customs, and traditions of its people. Language is also very important for the identity of a person. Each country has its own vernaculars. The mother tongue of people stays with them no matter where they go in the world. It is the same in every country. Some countries are multicultural and multilinguistic while others only have one popular language and one major culture. So, what are the languages spoken in Taiwan? Plenty of living languages are spoken in ROC.

The ROC is officially multilingual. There are also multiple national languages. The primary language in the country is Standard Mandarin. It is used by the majority of the population. Standard Mandarin is written in traditional Chinese characters. It is also known as Taiwanese Mandarin. Traditional Chinese characters are not used in mainland China these days. However, they are still in use in Hong Kong and Macau.

Hokkien is the second most popular language in the country. It is the native language of the Hoklo ethnic group. The people of this group speak Hokkien in addition to Standard Mandarin. The people of the Hakka group speak the Hakka language. Hakka speakers make up 18% of the total population. Hokkien and Hakka became more popular after restrictions on the use of non-Mandarin Chinese varieties were lifted. Both vernacular are distinct varieties of the same language. Due to the influence of European missionaries, the writing systems for both these Chinese varieties are based on the Latin alphabet. Almost all the Formosan languages have their writing systems based on the Latin alphabet.

Popular foreign languages spoken in the country are Japanese, English, and Vietnamese. ROC was under Japanese rule from 1895 to 1945. Sustained efforts were made by the Japanese occupation forces to make their language popular on the island. As a result, a few people of this state know a bit of Japanese. Pop culture has made a few of the European languages popular in ROC. One of the most popular school subjects is the English language. In many schools, English is used as the medium of instruction. You can find the highest number of English speakers in academic circles. Books are used for English instruction.

What Do Languages Mean to Taiwanese People?

Languages are an important part of people’s identities in ROC. Hokkien and Hakka continue to be popular in the state despite the fact that Mandarin is used for instruction in schools and is also used on official documents. Linguistic diversity is an important aspect of the local cultural heritage. Although both Hokkien and Hakka are varieties of Chinese, they don’t have mutual intelligibility. They are separate languages that are spoken by different ethnic groups.

Multiple language families are used in everyday life in ROC. It is more than likely that the native tongue and the common tongue of people are not the same. Numerous languages are still spoken in the country because they are an important part of the cultural identity. They are considered ancestral languages and passed down from one generation to the next. The local pronunciations of regional language vary from one place to the next, which only makes the state more diverse.

Legal affairs, international commerce, applying for admission in private schools, and travel are some of the reasons why people require translations of their papers. But when you require a translation, you can’t turn to a dictionary and get the results that you require. If you need help with minority languages, then it will be even more difficult to get accurate results. Whether you are applying for a tourist visa or a student visa, if your papers are in a European language, you will have to get them translated.

Whether you are moving to China or you want to study in Taipei, you will have to get the translations of your records. You don’t have to learn aboriginal languages yourself, but your papers should be in the main language of the country you want to visit. It is important to hire proficient speakers if you want to get a hundred percent accurate results. The local culture is also an important part of the language’s identity, which is why you must only hire a native expert for translations.

Apps and Learning Your Second Language:

As a tourist, you can get translations of the common languages from apps. You can also get the translations of pictures. But you won’t be able to get help from apps when it comes to Formosan languages. You also won’t find translation software to help you with Minnan languages. It is not easy to find an app to help you with minority languages. In a short period of time, the internet has come a long way. You can find a dictionary of popular languages like Dutch and Chinese characters within seconds. You can also get pronunciation help from these apps and dictionaries.

If you are planning to live in a South East Asian country, you will have to learn the main language. You can use it to communicate with the aboriginal people too because the majority of the region’s people are bilingual. The language situation is changing all over the world. The ethnic roots of traditional languages are getting affected due to the popularity of English. But there are many linguistic communities that are trying their best to keep their vernaculars alive.

In mainland China, most people are bilingual but the spoken languages are different varieties of Chinese. Many students who move to China learn the Chinese language before they can start studying. If you plan on staying somewhere long term, it is best to learn the national language. It will not only help you survive in society but also allow you to make friends and get a job. In Taiwan, whether you are on the eastern coast of the island or the western coast, knowing at least one national language is very important. You can get a dictionary on your phone or buy a physical dictionary of the Taiwanese language to learn on the go. If you live on the island, you will be able to pick up the language quickly. You can start by learning the basic phrases and consulting the dictionary regularly.

The Dutch and Similarities with Scandinavian Languages
July 16, 2021

How Is Information Converted in Translation?
July 14, 2021