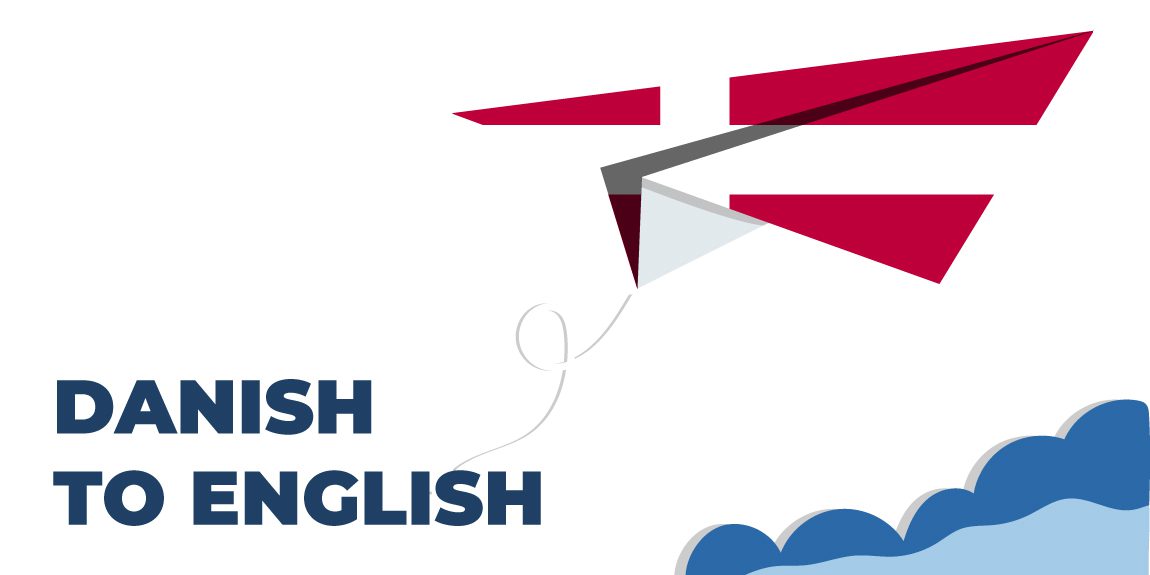 When it comes to translating from Danish to English, there are several ways you can go about it.

You can use computer software and online translation tools, you can use a human translator or you can employ the help of both at once.

Whichever option you choose, it’s important to know that, your translation won’t be perfect unless you first have the text professionally edited by a human translator.

Preferably, a native English speaker who’s fluent in Danish and any other languages your document contains.

Here are other reasons why you need a human translator to translate documents from Danish to English.

Many people think that an automatic translation will work just fine, but what people often forget is that computers can’t understand the text as well as humans.

However, if you want the best possible translation of your Danish documents into English, then it’s always better to go with a professional translator who understands both languages.

Danish Translators are experts in Danish language pairings who have translated all types of Danish legal documents and official language materials into English.

Some words have multiple meanings

English translators are fluent in their native language and have great skills in the target language.

That’s why they’re so valuable for translation projects, especially those that are relatively easy.

Previous translations should be taken into consideration as well. The more experience someone has, the better their translations will be.

Translation companies can offer different levels of service and language preferences based on your needs, but usually, most people choose their native language for accuracy.

Language preference is something to keep in mind because most people like using words that they’re familiar with and the text will likely flow better this way.

Companies will usually ask for your preferences before any work starts so make sure you know what your needs are before choosing one!

Danish is not as similar to English as you might think. Here are the most common difficulties that arise during the translation process:

1. There are many words in Danish that don’t exist in the target language, such as karrusel, nøddesmør or skovskade.

These have to be translated by first converting them into their equivalent in the target language and then using this new word for the translation of the original word. For example, ‘karrusel’ would be replaced with ‘carousel’, and so on.

2. Some words in Danish sound like the same word in English but mean something completely different. The word ‘fyr’ can either mean fire or guy, depending on context.

3. Some nouns change meaning depending on how they’re used in a sentence.

These issues are not accounted for by automated translations that translate words literally.

The meanings of idioms are lost in translation without human translators

I have found that idioms are often lost in translation. For example, the phrase to be at the end of one’s rope can be translated as at the end of his tether.

Idioms can also refer to something other than literal meaning. For example, in British slang, to pull oneself up by one’s bootstraps means to make a success of oneself.

When translating from Danish to English, I am always mindful of these common phrases and try my best to keep them as they are meant.

I may change the word order or add a word or two if it doesn’t compromise the integrity of what is being said. It all comes down to context.

There are times when, in Denmark, we use different words for the same things.

In this case, I will mention both words so there is no confusion as to what we mean.

If you’ve ever read a translated book or watched a foreign film with subtitles then you’ll know how difficult it can be to figure out what’s happening on-screen without being fluent in the language being spoken.

These difficulties happen because of simple sentence structure differences that come about through a lack of fluency which leads me back to why you need a human translator for Danish-to-English translations!

Human Translators make sure all your meaning is conveyed

A human translator is needed for translation purposes of any language, but this is especially true for languages with many idioms and expressions.

In Denmark, for example, Swedish and Finnish are common languages that people speak because they share a lot of cultural similarities with the Danes.

However, the language and idioms used are not like those used in England or America.

This means that it may be hard to translate things word-for-word without getting their meaning across properly.

A professional translator who speaks both languages fluently will know how best to convey your meaning in another language while keeping as much as possible of your original wording intact.

What is a human translator called?

A human translator is called an interpreter. They translate the meaning of a text, not just the words themselves. There are three types of translation: literal, functional and free.

How many words can a human translate per day?

A full-time, professional translator can translate approximately 1,000 words per day.

Certified Translation Swedish to English: What Is The Cost?
December 9, 2022
Go to Top
Request quote
Google Rating
5.0
Based on 12 reviews