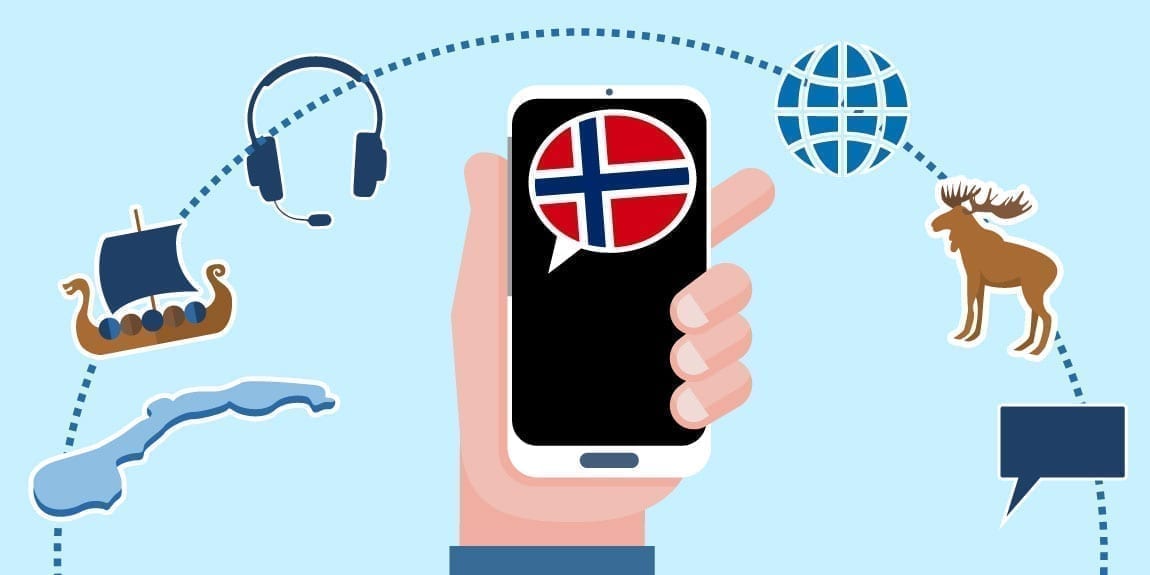 Any traveler will tell you that Scandinavian countries are the best in the world in every aspect. They offer the best quality of life for their citizens. They are also some of the most peaceful countries in the world. They share the Nordic culture whose values are followed by all the people of the region, even though they are not part of any law. The betterment of society as a whole is given a lot of importance in this culture. Individuals come second when compared with society. The people of the region are known to be descended from the Vikings. But their culture isn’t the only common thing between them.

The languages of the region also share a lot of similarities. The official languages of Norway, Sweden, and Denmark are pretty close that they are mutually intelligible in their simple forms. Even their dialects are very similar. Norwegian also shares similarities with English and German, but not enough to be mutually intelligible with them. It is a descendent of the Old Norse, a language that was spoken by the Vikings. It is written in the Latin alphabet and has two standard forms today in Norway. Citizens of Nordic countries can speak to each other if they know Norwegian without requiring assistance from a translator.

Top 5 Norwegian to English Translation Apps to Use:

No one will need help with Norwegian translation if they are traveling within the Nordic region, but they will need assistance if they are in other parts of the world. English is, without a doubt, the most popular vernacular in the world. It is spoken by nearly a billion people. It is considered the lingua franca of the world’s population, which means when two people don’t know each other’s language, they resort to English for help. While traveling, people would need help from an app or translator to communicate with others.

If you are a speaker of Norwegian, the following five apps can help you a lot:

The most popular and reliable name on the internet is Google. So, when the company launched a translation program, it instantly became people’s favorite. It may not be the most accurate translation tool out there, but it has improved a lot in the past few years. Google has introduced new techniques to make their translations more accurate. It offers voice and video support; the former allows people to engage in conversations in real-time. It also offers support for images, so users can upload pictures and get their translations. It is very useful for reading menus in foreign languages.

This app, with a simple user interface, is pretty good at translations. It offers support for eighty languages at the time and also comes with voice support. The best feature of this app is that you can save phrases for later, so if you know you will be in a certain situation and need help with Norwegian translation, you can look up sentences and save them beforehand. Unlike Google Translate, iTranslate does not work in offline mode. But by saving phrases, people can use the app even without an internet connection.

Another name that every internet user has heard plenty of times in their lives is Microsoft. Like Google’s app, this one also comes with an offline mode. You can download translation packs and travel without connecting to the internet. When people wish to be out in the world without constantly getting disturbed by the internet, this app can come in handy. With this app, you can also translate foreign language web pages. Although it is quite helpful when used on a computer, the apps for Android and iOS also work well. It comes with built-in common phrases for travel and business.

If you prefer an app that can speak for you, then SayHi is the one you should be downloading. It comes with both text-to-speech and automatic speech recognition for Norwegian. Whether you are talking in Norwegian or typing in it, the app will translate it in English and speak the resulting statement. You will be given a choice to select between male and female voices for the app. You can also decide the speaking speed. It will help you in carrying out conversations easily.

If you are looking for the whole package where you can get not only translations but also information about the culture of a country, then TripLingo is the best option. The basic version of the app is free, but you will have to pay for additional features. If there is some linguistic problem with which the app cannot help you, it will connect you with a human translator for assistance. If you are buying the premium package, you can select from a number of options. This will help you get the best results according to your needs. If you are traveling for business, you will get suggestions accordingly.

Traveling is a pretty fun thing, but linguistic barriers can be a big problem. However, with the right assistance, you can communicate with the locals easily whenever you are in a foreign country. You can even talk to your business associates and potential investors with the help of these apps. However, when you need assistance with documents, you will need a human translator. No app can accurately translate documents that contain complex terms, which is why it is better to rely on experts in such situations.