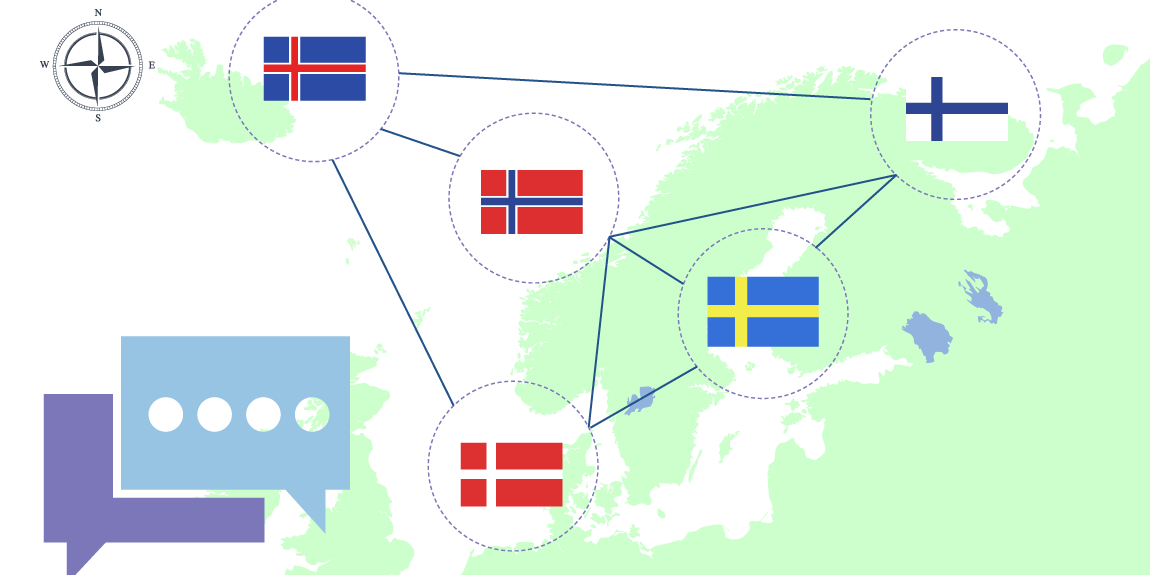 Countries in the northern part of Europe are used to be called Nordic—meaning northern. Being more than just a geographical region as it is a cultural unit, the Nordic countries seem to share similar values and societal structures that define similar language patterns and customs as well. Languages being used in this area are called the Nordic languages. Thus, many tourists have chosen this region for holiday trips that not only refreshes their mind, but also their regard for historical and cultural awareness. A number of cities in the north of Europe boast of many stunningly beautiful destinations that give tourists a broad overview of the region.

Starting off in Denmark is the city of Roskilde—one of the country’s oldest cities. There are old Viking ships that are on display at the Viking Ship Museum. It is unsurprising because the city was a center for trading for more than 1,000 years, lead by mighty Vikings. With a population of around 48,000, this charming city seems unassuming. When you go to the Roskilde Cathedral, however, your impression will surely change with the remarkable Gothic spires and double brick towers that used to house religious and royal affairs in the past. This cathedral lists long historical roots that date back to more than 500 years, and where royalties were buried since the 1500s.

If you are visiting this beautiful city, don’t forget to say “Hej” (pronounced as “hey”). This informal greeting has the same equivalent as “hello”. You can also say “God Dag” (pronounced as goo dey). It plainly means “good day” in Donnish. Lastly, “Goodmorgen” is a simple greeting on a pleasant morning. It is pronounced as “goomourn”. Don’t panic as this is the easiest word to pronounce from all the Nordic languages.

Goteburg in Sweden is next on the list. The city, founded in 1621, is perhaps the second most popular city in Sweden after Stockholm. Located in the western coastline of the country, Goteburg has the best botanical gardens that bloom beautifully in the summer, attracting quite a number of local and foreign tourists. With a population of around 1.2 million, you will never get lost in this city, especially the fascinating Goteburg University that, similar to St. Petersburg, has canals where tourists come around to enjoy the scenery and the warmth of its people.

To get you around the city, learn to greet the townsfolk with “Hallå”. It means “hello” in Swedish. You could also say “God Dag” or ”Good morgon”, which means “good day” and “good morning” respectively.

Perhaps a more popular city in the north of Europe is Oslo in Norway. The capital and the largest city of Norway, Oslo has a population of more than 600,000; and more renowned is the fact that it is the home of the Nobel Peace Prize. The city was damaged considerably by a massive fire in 1624, but the city now stands proud and tall with nary an unsightly remembrance of that accident. There are several cathedrals and buildings that prove testament to the grandeur of this city in terms of culture, architecture and heritage.

Extending a friendly gesture can be done through saying “Hallo”. Pronounced as “hah-loow”, this greeting means “hello”. Another way is to say, “Hei”. It is pronounced as “hey” and means “hi”.

Located in the northernmost part of the world is the city of Reykjavik in Iceland. Built as a settlement area for Vikings in the 9th century, the city of Reykjavik has views and spots that seem unparalleled in the region. Although there are not much of the intricate and historical architectural edifices in the city, the breath-taking elements of the scenery is more than enough to transport tourists in a dream-like experience. With a population of more than 118,000, the city grows rapidly in terms of tourist arrivals and visits.

To say hello in Icelandic, you say “Halló.”. It is pronounced “hal-low”, and may slightly vary according to the gender of the person you are greeting.

Luebeck in Germany is another interesting place to visit in Northern Europe. Being a key player in the Baltic Trading in the past, the city has several significant historical places that traces back to the earlier centuries. It was even renowned that the city was comparable to Venice in the trading network that it was the biggest and most influential affiliate of the Hanseatic League. The architectural immensity of the city earned it a prominent spot in the UNESCO heritage list.

Since the German language vary slightly according to region, saying “hello” in English may seem uncommon for some German speakers. It is, for example, more polite to ask a question in lieu of or in addition to the customary greeting. Saying something like, “Wie geht es dir?” or “how are you?” may mean more to the natives.

There are more attractive sights in Northern Europe that may be mentioned in this list. It may take a few more pages, if you add some more information about the Nordic languages. What is certain is that the region, as rich as its language and culture, is greatly teeming with bountiful and picturesque landscapes and architectural pride. As there are a thousand and one reasons to visit Northern Europe, there are more than a million way to stay and enjoy a holiday or business trip in any of these countries.

NordicTrans is an UK translation company that provides high quality translations in all the Nordic languages.

There is something fascinating about the Nordic countries that attract tourists from all over the world. Their charm is not only due to the shared culture but also due to the breathtakingly beautiful scenery. The rich history of the Nordic countries makes them ideal for those who want to learn about old customs and traditions. You can also see centuries-old castles and beautiful mountains that you can’t find anywhere else.

Like the Nordic countries, the Nordic languages are also pretty interesting. Linguistics take a particular interest in these languages. Swedish, Danish, and Norwegian are quite similar and mutually intelligible languages. But Icelandic is a bit more different than these three. Icelandic is also considered a dying language by some linguistics as the younger generations of Iceland are not learning it. But that only adds to the charm of the language and many language enthusiasts are learning it even today. So whether you visit for the Nordic languages or the scenery, you will enjoy Northern Europe either way.