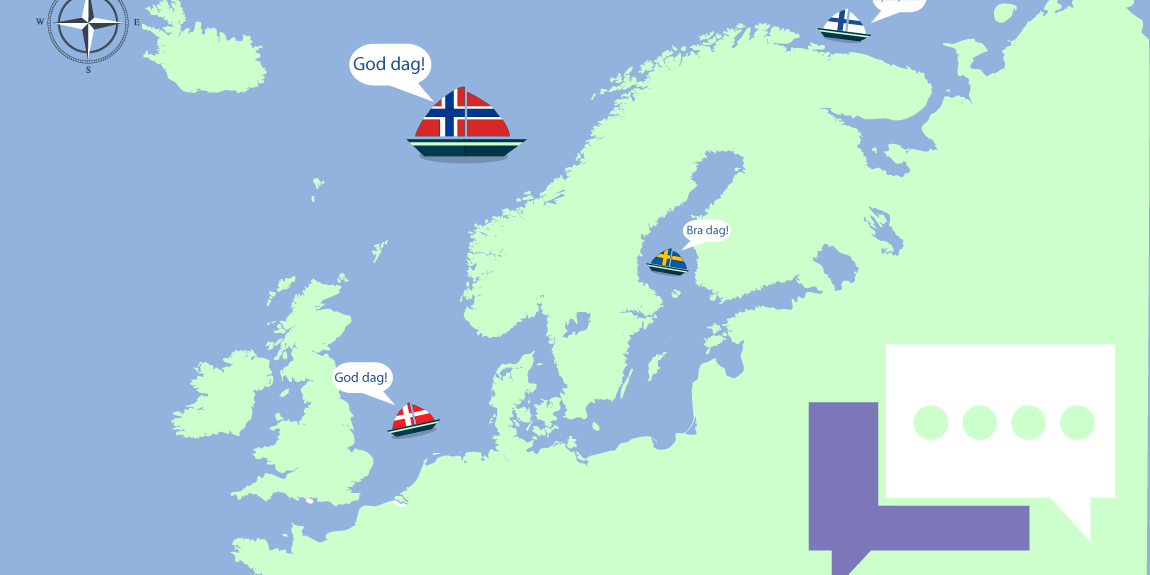 These days, a large portion of the world’s population is using the Internet in order to seek answers to their questions. Some, like tourists, asked if the Nordic’s are languages mutually understandable. We’ll try to respond to this question below.

Languages mutually understandable or intelligible are the languages that can be understood by different people without any prior knowledge of that language. When people have similar languages, they understand the other language easily even if they haven’t formally learned it. The speakers of such languages and dialects develop a bond with each other due to their ability to understand each other.

Swedish, Norwegian, and Danish, the three major Scandinavian languages, are examples of languages mutually understandable. The reason behind their mutual intelligibility is that they all originated from North Germanic language family and have similar roots. But being able to understand the other language doesn’t mean that everyone in Norway is an expert of Danish and vice versa. If you know Denmark and are in need of certified Swedish translation, then you will need to get in touch with an expert translation agency. You can’t do complex translations just because you know a language.

Common between Danish, Swedish and Norwegian languages is that they are mutually unintelligible. Iceland and Faroe have many similarities with these three languages ​​and these can only be understood by Norwegians who have a similar dialect (Norwegian Nynorsk).

Because in Norway they still operate under Danish rule, these two languages ​​are similar in vocabulary, and the difference is only in spelling and pronunciation. The same words have the same meaning, but are written differently.

Written Norwegian and Danish are mutually similar to the written Swedish language and contains some of their words. Pronunciation in the Swedish and Norwegian language is very close.

In conclusion, it gives us the following equation:

Although the Scandinavian’s are mutually understandable languages ​​and cherish and continue their common bond, the effects of globalization have influenced them. An example is the increasing English influence, having adopted a number of English words and using them in the Scandinavian languages.

To answer the question if those are languages mutually understandable: as a tourist, knowing one of the languages could help you get by, however, if you’re looking to do business in the Nordic countries, you may want to use Nordic translation services in order to make your business propositions perfectly understandable to your partners. In business, proper communication is the key to success.

If you’re looking to immigrate or want to study in another country like in the US or in the UK, you will need certified translation services. A certification from a professional translator or translation agency is needed otherwise you will have to face rejection.

If you’re dealing with documents which have to be accurate, like medical or legal documents, and need to have them translated, you can’t rely on the fact that you know a language or two as they are languages mutually understandable and can translate on your own. There are too many at stake to risk and it is always better to choose a reliable translation partner.