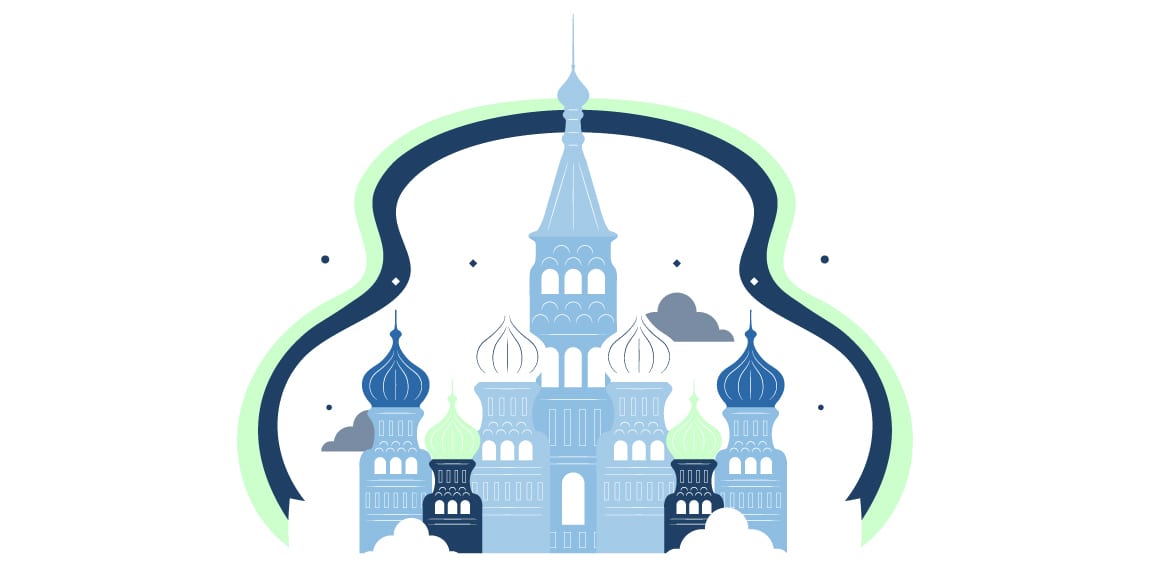 International borders can keep people away from each other, but they cannot stop languages and culture. Although each nation has its own cultural and linguistic identity, there is no limit on the number of countries that can speak a language. Speaking the same language can help the populations of different countries form a bond with each other. There are many countries that speak Russian, and that means there is no language barrier between their citizens. Despite the distance between them, these countries can stay connected because of their common language.

The national language keeps the people of a country together. Whether it has legal status in the constitution does not affect its importance. It is the most important tool of communication for the residents of a country. National languages are also important in school education. They are the ones that promote cultures of people and bring generations together.

Russian is an East Slavic language that is spoken in Central Asia and Eastern Europe. It is mutually intelligible with Ukrainian and Belarussian. This is  is an official language in Russia, Belarus, Kazakhstan, and Kyrgyzstan. The Russian language is also spoken in Ukraine, Estonia, Latvia, and post-Soviet States. It is one of the most spoken foreign languages in Israel and Mongolia. There are 150 million native Russian speakers in the world. It is also the second most popular language on the internet, English being the first one. It was the de facto official language of the Soviet Union until its dissolution in 1991. Today, active speakers of the language can be found in all the post-Soviet States.

Russian is written in the Cyrillic alphabet. One of the most prominent features of this tongue is that almost all the consonants of the alphabet have a soft and a hard counterpart. Over the years, many foreign languages have influenced Russian, including Latin, Greek, English, Polish, German, Dutch, French, and Italian. It has also been influenced by Turkic, Uralic, Persian, Hebrew, and Arabic to a lesser extent.

The native speakers of Russian in Russia can all understand each other due to the lack of dialectical variations. Although a few dialects still exist, they are not very different from each other. The majority of the population and the government officials all speak the same variety of the location. Even in locations where other dialects are used, people can easily understand each other.

Russian is a widespread language that not only enjoys official status in different countries but is also a popular vernacular in various states. It is also taught in various European schools and colleges. It has become highly important for every business in Europe and Central Asia. Since a significant percentage of the world’s population speaks the Russian language, its importance cannot be ignored anymore.

Here is a list of countries that speak this Slavic language:

Russia is a country located in Eastern Europe and Northern Asia. It is the world’s largest country. Moscow is the capital of the country. It is also the largest city in Russia. The country has a population of 146.8 million. 142.6 million people of the country speak Russian. Tatar and Ukrainian are the second and third most spoken languages in the country. There are 193 ethnic minority groups in Russia that speak more than a hundred different languages.

Belarus is a country in Eastern Europe that shares its borders with Russia, Ukraine, Latvia, Poland, and Lithuania. The capital city of Belarus is Minsk. Belarus has two official languages, Russian and Belarusian. 70% of the population speaks Russian at home, whereas Belarusian is spoken by 23% of the population. Minority groups also speak Ukrainian, Polish, and Eastern Yiddish.

Ukraine is an Eastern European country that shares its borders with Russia, Belarus, Moldova, Crimea, Romania, Poland, Slovakia, and Hungary. The official state language is Ukrainian, which is also the native language of the majority of the country’s population. However, Russian is also popular in the eastern and southern parts of the country. Forty minority languages are also spoken in Ukraine. Ukrainian was a mandatory language in schools even when Ukraine was a part of the Soviet Union, which is why it is still the native tongue of the majority of the Ukrainian population.

Kyrgyzstan is a country in Central Asia with a population of over six million. It became a part of the USSR in 1876, and it wasn’t until 1991 that it got its independence from Moscow. Kyrgyz is the state language, which also has the highest number of speakers in the country. It is the primary language of 3.8 million people. Russian is the official language and is spoken by 2.5 million Kyrgyz people.

Kazakhstan, the world’s largest landlocked country, is located in Central Asia and Eastern Europe. The largest city is Almaty, and the capital is Nur-Sultan. Kazakhstan was the last Soviet Republic to declare independence from USSR. Although the first president of the country was involved in numerous human rights violations, things have gotten better since. The Kazakh language is spoken by the majority of the country’s population. Russian, which is the official language, is slowly being replaced by Kazakh. Since 2015, the Latin alphabet is being used to write Kazakh.

Tajikistan is a Central Asian country with a population of 9.5 million people. The country has been home to various civilizations in the past. After gaining independence from the Soviet Union, Tajikistan fought a civil war that lasted from 1992 to 1997. Since then, economic growth has improved. The official language is Tajiki; however, Russian is used as the language for inter-ethnic communication. English is most popular among the foreign languages in Tajikistan.

Uzbekistan is a Central Asian country that was one of the Soviet Republics in the past. Tashkent is the capital and the largest city of Uzbekistan. Tashkent has played an important role in history due to its strategic location. The Uzbek language enjoys official status in the country. Russian is used for inter-ethnic communication.

Azerbaijan is a country in Eurasia with a population of over 10 million. It connects Eastern European countries with Western Asia. The official and dominant language of Azerbaijan is Azerbaijani. It is used as the language of instruction in education. Although it has no official status in the country, Russian is spoken in Azerbaijan by 30% of the population. 2% used it with friends and family.

China is home to a small community of Russian immigrants that speak their mother tongue with friends and family. Finland, Alaska, Estonia, Bulgaria, Czech Republic, Moldova, Lithuania, Latvia, Germany, Canada, and the U.S. also have a sizable Russian-speaking population. In Baltic countries, the language has no official status, but it is used for interethnic communication.

The collapse of the USSR gave the Soviet countries a chance to build their independent identity. But such changes take time. No regional language was popular in most of the new countries to connect the people. However, the former Soviet territories are slowly changing.

The Future of Languages:

Humans have the ability to use one language with family and friends and another at work. This is why we have billions of bilingual speakers in the world. Whether we are talking about Slavic languages that are spoken in Estonia, Moldova, Latvia, and Lithuania, or other European languages are spoken in Germany and the U.K., we can be certain that they won’t go out of use anytime soon. People need a language not only to communicate with friends and family members but also to browse websites on the internet, to read books and news, to make legislation, and to express their concerns to their political leaders. We cannot ask questions without languages, and therefore, we cannot learn without languages. The standard language of your country may not be your mother tongue, but you can still use it with your friends and family.

The language policy of a country can change with time. A dialect can become more popular than the other. The number of active speakers of a language can also change. But we will always need languages. So, whether it is Russian and its dialects or Ukrainian languages, we can continue to learn from them. Due to its widespread use, Russian can teach us a lot about the people of different countries, including Bulgaria, Moldova, Estonia, and Ukraine.