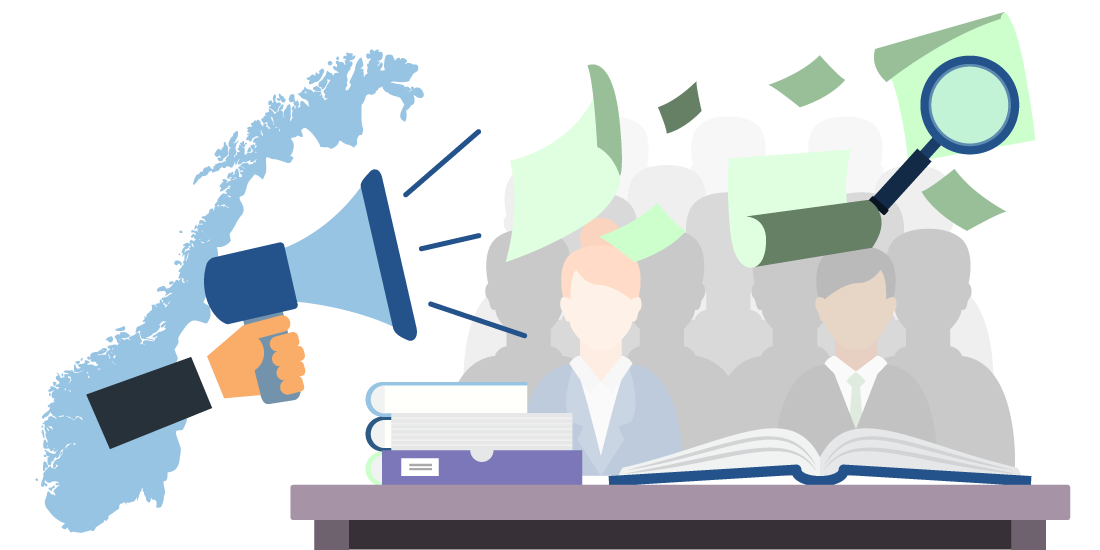 The Norwegian language or Norse – Norsk originated in the North group of languages. It is the official main language spoken in Norway, but mutually comprehensible and easy to use for the Swedish and Danish people. Suffice it to say, knowledge of only one of these three languages is enough ​​to understand any of them with their local and regional variants, at a basic level.

Some Facts About the Norwegian Language

The two main forms of written Norwegian, Nynorsk and Bokmål, basically regulate only the standards of the written form of this language, but not for the spoken form. Since there is no standard form of spoken Norwegian, Norwegians speak their own dialect, depending on the circumstances. So it is taken as the correct pronunciation of the Norwegian language in any form whether speaking is in accordance with the writing form or not. Only in areas where East Norwegian dialects are used as standard, is the old Norse østnorsk dialect accepted, which is not used as a spoken option elsewhere except in Eastern Norway.

Between the 16th and 19th centuries in Norway, Danish was used as the standard written language. Over time, because of the strengthening of nationalism in Norway and the development of a modern country, this standard has been rejected.

The official policy of Norway once had the initiative to merge the two forms of Bokmål and Nynorsk into a common language to be called Samnorsk. Yet, this spelling reform resulted in only a wider spectrum of varieties of the two main forms.

Basically, Norwegians are educated equally in the two main forms of written language. According to official surveys conducted in 2005, around 86.3% of the literate population in Norway reported that they use the Bokmål form, 13% use Nynorsk, and 5.5% used Nynorsk and Bokmål writing synchronously. In written publications, Bokmål has a 92% usage, while 8% use has the Nynorsk form.

If you need to translate your document into Norwegian or any other Nordic language, get in touch, we have translators available for any language combination.

Did you know that Norwegian is recognized as one of the simplest languages for English speakers to learn? This may sound unusual because let’s face it, Norwegian isn’t usually there on the list of modern languages to learn when you’re considering a language to learn. But we think Norwegian is an incredible language for anyone to try to learn.

Here are some fascinating facts about the Norwegian language to pique your interest.

Norwegian is spoken in Norway, where it is an official language. There are approximately 5 million native Norwegian speakers.

It is a tonal language, making it sound musical. Tones are exceptional in Indo-European languages and are usually found in Asian languages such as Chinese.

Unlike the rest of us who do this as a matter of class, a good dose of weekend drinking is lovingly named Helgefylla to make it an actual event rather than one of those things that happen.