How old is Sanskrit? 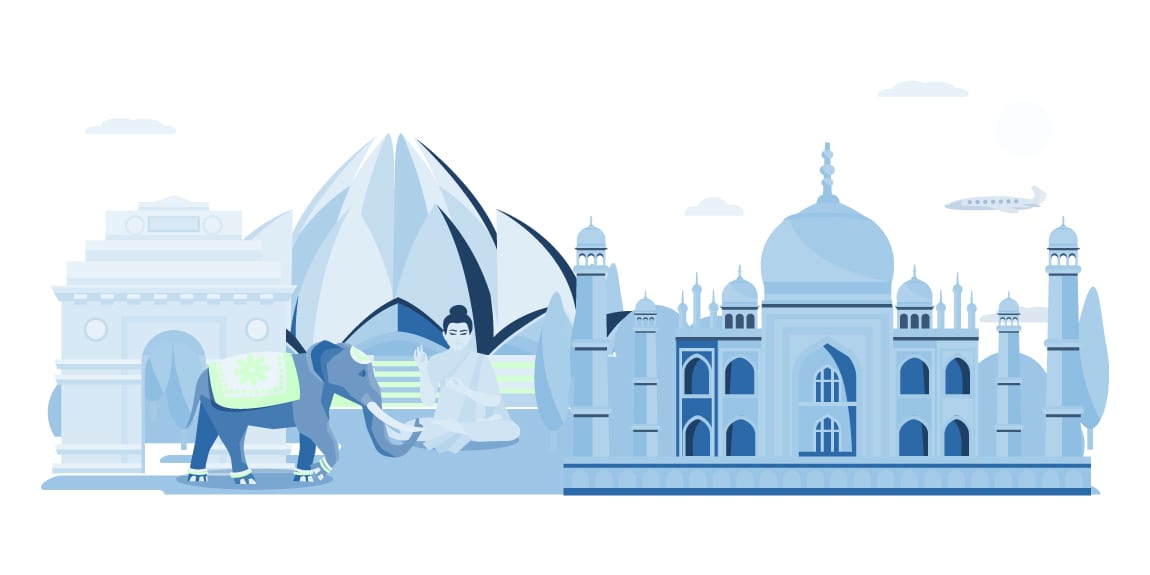 Many people are curious about its origin and long-lasting history. Let’s study this ancient language to determine how old is Sanskrit?

According to linguists, Sanskrit was very influential to several other languages of Europe. Some say that the language came from Tamil. Sanskrit belongs to Indo-European languages. The Armenian language also belongs to this group. The origin of the Armenian language was 450 BC. It is one of the three earliest documented languages and all of them have a common root which is now referred to as Proto-Indo-European language. These three languages include Vedic Sanskrit, Mycenaean Greek, and Hittite. Some believe that it occurred in the world about 4000 years ago, while some say 6000 years. There are long debates ongoing on this topic.

Sanskrit was the language of classics previously. Even until now, it has achieved the status of the official language in the Indian Peninsula. Though it is the oldest language, it fell out of common usage around 600 B.C. It is now a liturgical language i.e. it is the holy language present in the scripture of Hinduism, Buddhism, and Jainism. As well, it is a sacred language also. The first written record of Sanskrit can be found in Rig-Veda, it is a collection of Vedic Sanskrit hymn that was seen somewhere around the 2nd millennium B.C. According to some recent studies, this lingo forms the basis for many European languages and it is still one of India’s official languages. Also, check out the oldest languages of Europe.

Vedic Sanskrit is the earliest form of the Sanskrit language. It is also a literary language of ancient India. The dialects of this lingo were found in the northern midlands of the Indian subcontinent approximately around 1500 BCE. This lingo was orally preserved as a part of the Vedic chanting tradition. It was even present during the Buddha’s time. Its pronunciation varied regionally over time. Moreover, this lingo has evolved several scripts over the centuries. The great scholar Panini converts Vedic Sanskrit into Classical language when he was defining grammar around 500 BCE.

It is the lingo of Vedas, the oldest scriptures of Hinduism. Its knowledge became a form of high social class during and even and after the Vedic period. This language can have traces from to the centuries where people speak Indo-Iranian known as Aryan languages. The middle Indo-Aryan languages migration theory explains the common features of Sanskrit and other Indo-European languages by analyzing the current original speakers of Sanskrit. It gives birth to several modern languages.

The pre-classical form of Sanskrit is called Vedic Sanskrit.

The standardized form of Vedic is called Classical Sanskrit.

Around 500 BC, an ancient scholar Panini described the grammar of Vedic Sanskrit. It includes 3,959 rules of syntax, semantics, and morphology. He gave information about the study of words and how they relate to each other. The most important surviving text of Vyakarana i.e. the linguistic was Panini’s Astadhyayi. It consists of eight chapters which are stating his rules and their sources. Through the standardization of this grammar, Panini took help and created what we have now known as Classical Language. The morphology of Sanskrit has two categories i.e., nominal forms and verbal forms. The verbal form is more common. Shulman mentions the Dravidian nonfinite verbal forms.

The origin of the classical period of literature of Sanskrit dates back to the Gupta period and the successive pre-Islamic middle kingdoms of India, spanning approximately the 3rd century to the 8th century. Another Indian literature, Hindu Puranas include myths and legends that date back to the century of classical Sanskrit. Works of Sanskrit literature like Yoga-Sutras of Patanjali and the Upanishads are still alive and practitioners still use it for yoga today. The translation of series of sacred Hindu treatises was available in Arabic and Persian. Ethical reflections and proverbial philosophy characterize Sanskrit fairy tales and fables. People use a particular style making its way into Persian and Arabic literature. There is a lot of exertion on these fairy tales and they got a lot of fame. The ancient inscriptions of the lingo date back to the 6th century.

The early history of writing Sanskrit and other languages is quite a problematic topic. The earliest possible Script from South Asia is from the Indus Valley civilization (3rd/2nd millennium) but this script – if it is a script is not understood nor has translation in normal lingo. ‘Lipi’ is the term in Sanskrit which means “writing, letters, and alphabets”. In context, it refers to the script, art, or any manner of writing or drawing. This term of writing system also appears in some of the earliest Buddhist, Hindu, and Jaina texts. For centuries, people write Sanskrit with several scripts. These include Brahmi script i.e. modified consonant syllabic, Nagari script which was drastically in use, and other scripts such as Gujarati, Bangla, Odia, and major south Indian scripts.

The scholars studying Sanskrit describe that there are no written records of an early period but they are confident that the oral transmission of the texts is valid and reliable. Indian texts in Sanskrit were already present in China by 402 CE.  All are Hindu texts except the Buddhist one.

Some Indian authors state that Sanskrit is was a dead language by the 1st millennium BCE. The Chinese language influences the migration of linguistic elements and ideas of Sanskrit texts. The evidence of writing systems in the form of Sanskrit and Prakrit inscription dates back to the 3rd century and 4th century. Sanskrit is the liturgical language of Hinduism and it was of so low caste that people did not listen or recite it. The Sanskritisation and Tanittamail Idakka date from the 19th century and 20th century. Sanskrit has another name Devbhasha. And Devanagari’s script belongs to the 18th century and 19th century.

People use Sanskrit for religious texts. This ancient lingo has various scripts on a variety of mediums like palm leaves, cloth, rock, metal sheets, and paper from ancient times. People speak it widely around the world like in India, Sri Lanka, Singapore, and Malaysia. Like the Greek language and Egyptian language, Sanskrit also has historical significance. Sanskrit played a role as a common language has evolved and diversified dialects. The presence of an accent system in Vedic Sanskrit is evidence from the Vedic texts.

Moreover, the earliest compositions are the Vedic texts. Furthermore, the regional scripts of this lingo were influencing the choice of the writing system. From history i.e. between the 4th century and 7th centuries, South Indian inscriptions were exclusively present in Sanskrit lingo. There was consistency in the language till the 17th century but the writing system was changing over time. Apart from Sanskrit, the Hebrew language and Arabic language are the oldest lingoes. The first example of Sanskrit belongs to the Indian state of Uttar Pradesh. People speak it in the oral society. It influences many modern languages.

Get Your Italian Mortgage Translated Into English
September 20, 2021

Where to get your employee handbook translation at affordable price?
September 17, 2021

What kind of Spanish types are there of the Spanish language?
September 9, 2021

What Language Do They Speak in Venezuela?
August 27, 2021