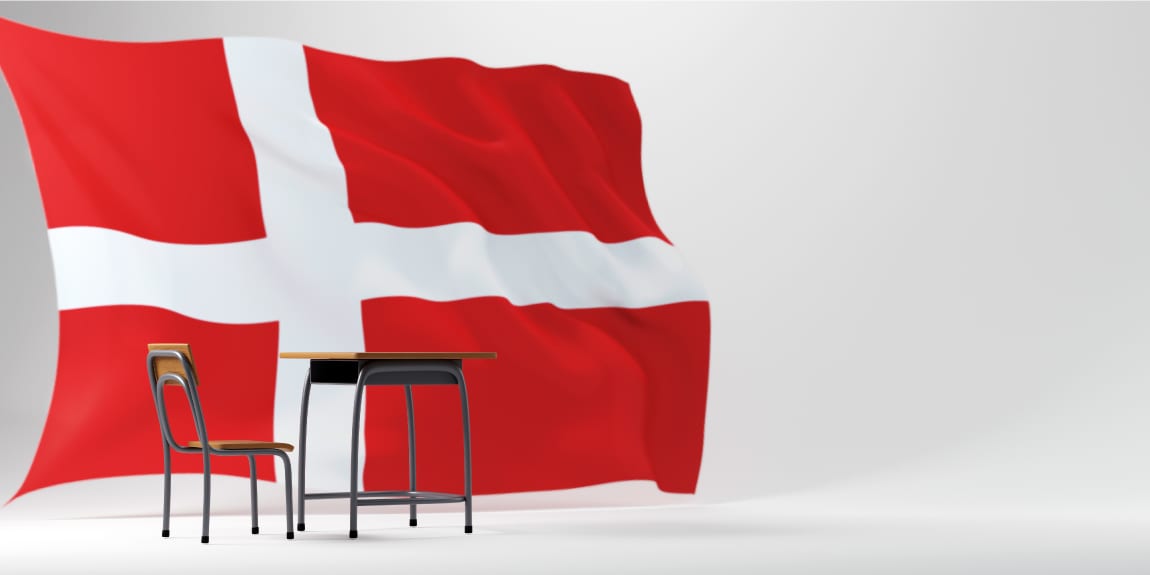 Are you the one who is exploring the flags of the different nations? Well, it’s an interesting hobby as it shows all the fun facts that we never knew before. What about the Flag of Denmark? Ready to learn about it?

So, as we all know that the flag is an important factor of a country’s identity. It shows that your country is independent, unique, and not under the control of any other country. Moreover, the flag describes the authority and power of a nation as well as is the symbol of a peaceful and united nation. It also makes the people inside its vicinity, united.

Today we will discuss the facts about the Danish flag, the oldest flag in the world. But before that let’s just have a look at a quick overview of Denmark Country.

Well, Denmark is a Scandinavian country, the country of Europe. It consists of the Jutland Peninsula, which extends northward from the center of continental Western Europe. Moreover, it has an archipelago of more than 400 numerous islands from the East to the Peninsula. The two-third of the country consists of Jutland; the Northern part is of Vendsyssel-Thy Island with an area of 1809 square miles. It separates from the mainland by the Lim Fjord.

Denmark is the northern part of the European region. Copenhagen is the capital of the country, located in Zealand. Also, check out facts about the Norwegian flag.

Now let’s discuss the history of the flag of Denmark.

Historical Background of the Flag of Denmark

The name of the national flag of Denmark is “Dannebrog” it means “Danish cloth” or “well-made material”. It has a white Scandinavian cross on a red background, which extends to the edge of the flag. The white cross is slightly shifted to the hoist side.

Since the 14th century, the King of Denmark used the design of the white-on-red cross. The Danish national historiography and the introduction of its flag are related to the Battle of Lindanise in 1219.

The Dannebrog-The flag that fell from heaven

This might sound weird that the flag fell from heaven, is it true or false let’s figure it out.

In 1219 the Danish flag fell from heaven during the battle in Estonia, as it helps the Danish army to an unexpected victory on the battlefield.

During the 13th century the Danish King, Valdemar Sejr sends his Entire Army on the crusade in Estonia. On the 15th of June in 1219 the Danes were fighting the battle and suddenly a red-colored banner with the white cross on it fell from the sky. The red banner changes the Danish people’s luck and the Danish army won. That’s how Denmark got its flag.

In 2019 the legend of the Danish Flag became 800 years old. And today after 800 years the white-on-red cross banner flag became so popular in the world. The people of Denmark tell their children about the story of the legendary Danish flag.

It is very obvious that the story of the legend of the Danish flag has no basis in reality, but this doesn’t affect the popularity of its flag because what matters is that it is a good story.

The author of the book of the Danish flag, Torben Kjersgaard Nielsen said:

“When parents in Denmark tell their children the legend of the flag, they become part of a tradition of people who have told this story for centuries. This is delightful and reassuring.”

The Flag Day in Denmark

Flag Day is the day on which the specific flag, usually the national flag flies. Usually, on Flag Day in Denmark, the businesses are not closed. The Danish flag flies from the front of buses all over the country.

All the national organizations fly the Denmark flag on that day however it is not necessary for the private organization and the private citizens of Demark to fly it. The Flag is raised when the sun rises and is lowered during the sunset. The people make sure that the flag never touches the ground while being taken to the flag poles.

In Demark, the birthdays of the royal family especially adults, are flag days as the dates commemorate war or soldiers. Also, some public holidays such as Easter or Christmas are flag days.

The popularity of the Denmark Flag

We can never ignore the popularity of the legend of the Danish Flag. The royal family and state institutions still use the Danish flag. Also used among the general public of Denmark that has grown significantly. In general, the Danish flag is everywhere with equally different meanings depends on the situation of the occasions. People use the small paper flags to décor the birthday cakes or birthday celebrations and buns.

According to Kjersgaard Nielsen, the Danish flag is used as a symbol of happiness on birthdays and other joyful events. On the other hand, it is also used at funerals that symbolize mourning help people cope up with the loss of their loved ones.

Some other uses of the Danish Flag

Some people paint the Danish flag on their faces to support and show their love for the national soccer team. While others use them to:

In general, everyone uses the Denmark flag in their own way. And that’s how the Danish people show that they are a strong and united nation.

The Danish people use their national and official flag more usual than the people of the other countries do. The main reason for this is that there is no rule of law as such to use the most common version of the Danish flag. In the early 20th century there was the possibility that the flag law might be discussed, but there was no political majority for it. And today it is almost impossible to put any law or regulation regarding that. As Kjersgaard Nielsen says:

“The Danish flag has been used by the general population for a very long time, and then you can’t suddenly start regulating. People wouldn’t back it. When I give presentations, I meet very few people who want to limit the use of the flag. Instead, they want it to be used in more and more ways.”

Other Flags in the Kingdom of Denmark

A flag is not just a piece of fabric. The unique design of every flag makes it different from the other and is used as a symbol of that particular country.

Every independent country has its own unique flag with a unique history behind it. Once you are into the exploring of the flag there is no comeback!