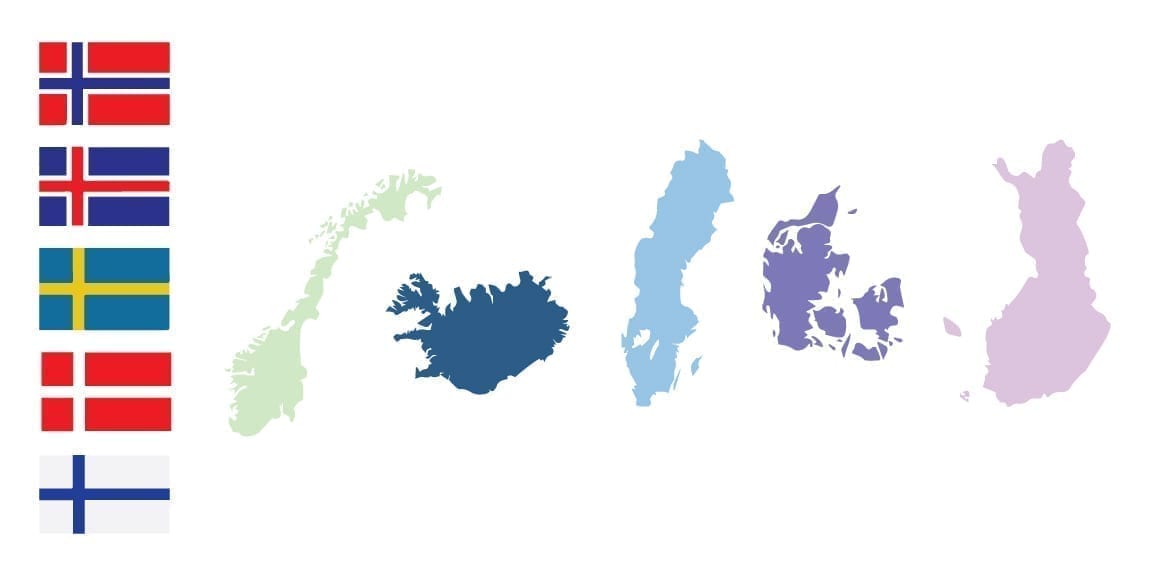 Every country has a lot to offer to the world. Nordic language experts are offering too. There are countries that have multiple popular exports. But they are not known all over the world for all of those exports. People prefer to associate one or two things with a country or culture. However, there are some countries or regions that become known for their characteristics. For instance, Nordic countries are known for their cold climate and their high-quality of life. They are some of the most tolerant countries in the world. They have a unique culture which is followed by all the countries of the region. The culture of the Nordic countries focuses on society and not on the individuals.

The North Germanic group of languages belong to the Indo-European family. Its members are all the vernaculars that are spoken in the Nordic countries. The languages originated from the Old Norse, the vernacular of the Vikings. Over the years, the vernacular got divided into various types. The most popular members of the group are Danish, Swedish, and Norwegian. They share a lot of similarities and are often grouped together in linguistic studies. They are also mutually intelligible to some extent. Their speakers don’t have trouble understanding each other.

Faroese and Icelandic also belong to the same group, but they don’t share many similarities with other members. They also don’t have a lot in common. Unlike the other three members, they are not mutually intelligible. Their structure is also kind unique. They are not easy to learn for non-natives. Twenty million population of Nordic countries speak one of the languages of the group as their native tongue. These speakers can also be found in Finland and North America. Some of the languages of this group are also spoken in Greenland.

These unique and fascinating languages have been developing for centuries. There are many interesting facts in their history that can teach people about them. Here are some of the most fascinating facts about the Nordic languages:

During medieval times, all the speakers of the Scandinavian languages could understand each other to a significant extent. As a result, people started referring to the different tongues as one vernacular. It became known as ‘the Danish tongue’ in Sweden and Iceland. This continued until the 16th century. However, it is worth pointing out that even during this time, dialectical variations existed. Different forms of dialects were present during this time and did not disappear due to the similarity between the spoken vernaculars of the region.

The countries of Denmark and Norway entered a political union in 1536. This union lasted for approximately three centuries. Among other things, it also influenced the spoken languages of the region. Danish influenced the various Norwegian dialects. This influence can still be observed today to some extent. Due to this, the speakers of Norwegian don’t have any trouble understanding spoken Danish.

Despite the influence of Danish on the region and its long-lasting history, it is Swedish that has the greatest number of speakers. It has 10 million native speakers, most of whom live in Sweden. It is also spoken in Finland, where it enjoys official status. A small number of its speakers can also be found in Estonia. A significant number of its speakers are fluent in English too, which is why the two languages have influenced each other greatly.

There has been an on-going controversy about the writing system of Norwegian. During the union with Denmark, the Danish system was adopted to write the language. Today, there are two main dialects spoken in Norway, and the one that is more popular has a Danish writing system. Many people wish to make the other dialect more popular so the country can get away from its historical roots and develop an identity of its own. But for now, the popular dialect is not going anywhere.

Although the three vernaculars spoken in Scandinavia are often declared mutually intelligible, there is a lot that is not explained in that statement. For instance, each of these vernaculars has different dialects. There are also differences of tones and accents. This means that not all dialects will be similar to each other. The degree to which a speaker of Danish can understand a Swede will depend on the type of dialect they are both fluent in. The three languages used to have a lot more similarities with each other. But they have developed a lot over the past couple of centuries. They are slowly becoming different from each other and developing their unique identity. It is possible that in the future, they stop being mutually intelligible.

Since Finland is a Nordic country, its language is considered one of the Nordic languages. But it does not belong to the West Germanic group like the other Nordic vernaculars. Due to this, it has a lot of differences with other languages of the region. But it has over 5 million native speakers, some of which live in Sweden and Norway.

By now, you must have learned a thing or two about the Nordic languages. They continue to have a strong presence in the region and the European Union. They are an important part of the culture that keeps the region strong. They will continue to serve as the binding force for the Nordic people.