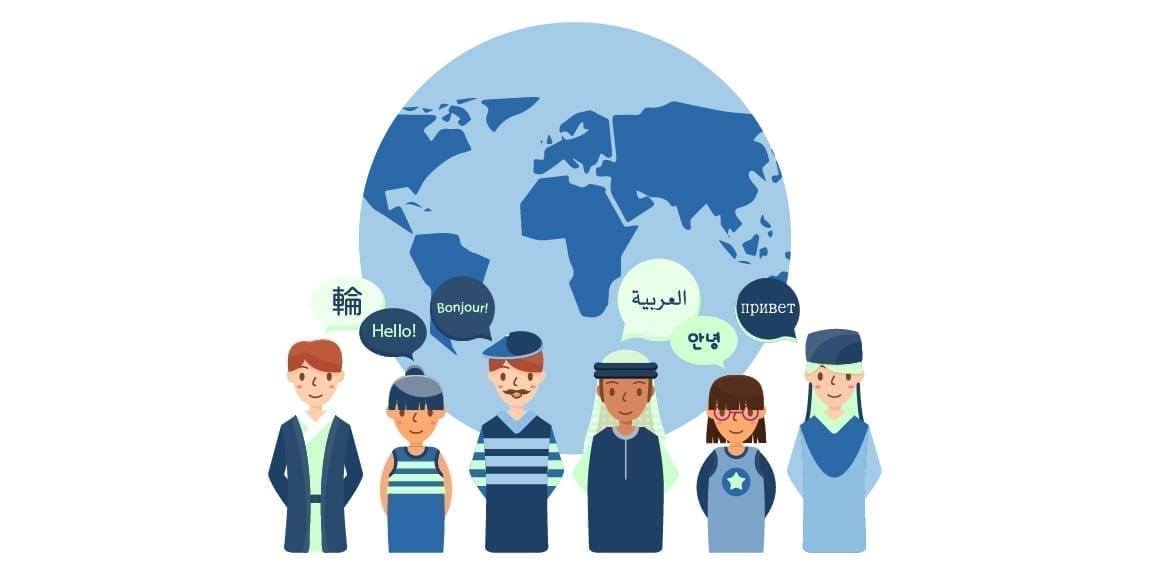 The Need for Bilingualism:

7000 different languages are spoken in a world inhabited by 7.6 billion people. There are many differences between the 7.6 billion people of earth. We don’t have the same skin color, race, religion, and culture. Even the languages we speak to communicate with others are quite different. Although diversity is good for the world and helps us grow, it is also up to us to work on demolishing the various barriers between us. The language barrier not only keeps us from understanding each other, but it also hinders the progress of the world.

According to linguists, one language goes out of use every two weeks. This means that linguistic diversity is in danger. But along with the tongues, our cultures are also at stake. If we lose the words to pass on our culture to the next generations, our identities will get affected. This is one of the many reasons why people need to learn a second language. Those who can speak several languages can not only communicate with others easily but also have better memory and multitasking skills.

More than half of the world’s population can speak a second language. There was a time when people thought that learning a language other than one’s mother tongue can affect children negatively. But the world’s bilingual population has proved all of such assumptions wrong. There are various ways in which a foreign language helps people.

Here are some facts about the bilingual population of the world:

Bilingual children and adults have better cognitive skills than the rest of the population. Language learning improves their memory and concentration ability. Their minds also become more flexible and learning a third language becomes easier. An improved cognitive system does not only help with learning new skills but also keeps the individual healthy.

Bilingual individuals have healthy brains. Learning a secondary language reduces the speed of cognitive function decline. A study proved that bilinguals don’t go through brain degeneration at the same rate as the rest of the world population. Monolingual patients with Alzheimer’s begin showing the symptoms at least five years earlier than bilingual patients.

Whether you are in the United States or India, being able to speak a language other than your mother tongue will open a lot of doors for you. People who can speak German in the United States are highly likely to earn more than English speakers. In India, English speakers make a lot more money than monolinguals. Multinational companies prefer to hire bilinguals. So, if you speak multiple languages, getting a job will become easier for you. Being multilingual also help a country’s economy. In Switzerland, multilingualism contributes to the country’s GDP. On the other hand, the United Kingdom suffers losses annually because of monolingualism.

Every polyglot had the bilingual experience first before they learned multiple languages. Once someone picks up a language other than their mother tongue, learning other vernaculars become easier. There are a few conditions to this. For instance, you can’t learn Mandarin Chinese and then expect to gain a better understanding of German because of it. But if you studied Korean, it would be easier for you to learn Japanese after that. Studying Swedish will make Norwegian and Danish easier for you. Even if you don’t want to become a polyglot, language skills can improve your performance at school.

A bilingual person can not only speak a foreign language but also empathize with its speakers. As a result, they have a better understanding of the lives of others. They can communicate with others easily. Their improved social skills help them connect with others wherever they go. Bilingualism matters a lot today because of the way our differences are affecting the world.

It is mostly the native speakers of the English language who are monolinguals. The rest of the world population is made up of bilinguals and multilinguals. Various countries have more than one official language. South Africa has eleven official languages including Afrikaans and Xhosa. Belgium has three: German, French, and Dutch. In such countries, everyone speaks multiple native languages fluently. In multilingual countries, people learn multiple vernaculars at home and then pick the English language thanks to bilingual education.

Which Language Should I Learn?

If you haven’t studied a foreign vernacular in school, you can do that now. But deciding on a foreign language can be difficult. There are so many options to choose from. Japanese, Chinese, Korean, French, Spanish, German, and Italian are all important in different ways. But what you want to accomplish by learning a foreign vernacular is something that can help you decide on a name.

For instance, if you are moving to Switzerland and want to be able to communicate with the natives easily, you can decide between Italian, French, German, and Romansh. If you want to work in a Chinese company, achieving fluency in Mandarin should be your goal. French can also be a good choice for those who want to move to Canada.

Spanish is one of the modern languages which is spoken in more than twenty countries. Being fluent in Spanish can be highly beneficial for you if you want to live anywhere in Latin America, Spain, or the United States. You can’t survive in the Middle East if you don’t know Arabic. Arabic is not only the lingua franca of the Arab World but is also the only language spoken in the region.

How many people in the world are bilingual?

Bilingualism is on the rise everywhere in the world. The census data of the US shows that more than 20% of the population speaks a language other than English at home. Spanish is the most popular foreign vernacular in the country according to Census data. But declaring the world population bilingual is not that simple. Knowing the language skills of people is necessary before they can be added to a category. For instance, various English speaking countries teach foreign tongues at school, but students lose language proficiency due to lack of use.

When people keep on using their native tongue, they won’t be able to improve their language skills in their second vernacular. In order for people to get the true bilingual experience, they should speak their second language on a regular basis and with native speakers. More than 50% of the world population can speak more than one vernacular with equal fluency. There are also those who don’t have a high degree of understanding of their second tongue but can make casual conversations in it. In Canada, many people have picked up basic French by hearing it spoken on the television. So, not only the majority of the world population is bilingual, more people are expected to join the category in the near future.