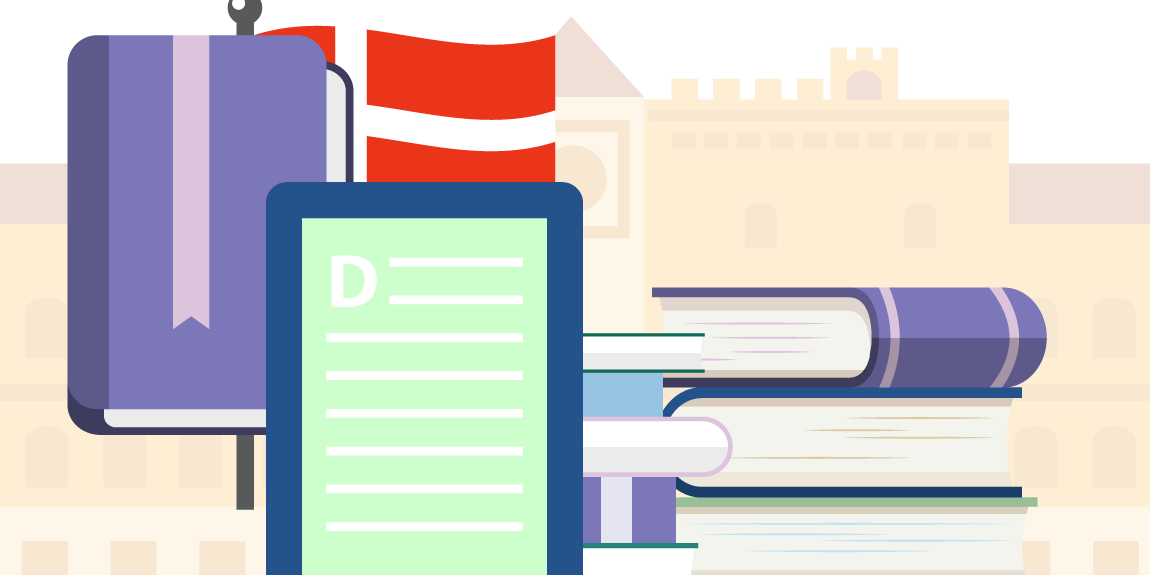 Danish language facts that are good to know!

Danish is a North Germanic language and is derived from Old Norse. Initially the same language as Swedish, Old Danish evolved into Medieval Danish in the 12th century. In 1550, the orthographic choices of Christiern Pedersen for translating the Bible into Danish set the writing standards for Danish.

Or go ahead and read below some interesting facts about the Danish language.

Danish language facts that you will enjoy!

It is spoken by approximately 6 million speakers and is an official language in Denmark and the Faroe Islands A very intriguing Danish language facts is that the letter å did not exist in written Danish until 1948, before which it was written as a double-a (aa). Though, “å” hasn’t completely replaced “aa”.

Norwegian, Swedish and Danish are mutually understandable, which means that speakers of each language can understand one another. In this way, learning Danish is almost like learning three languages in one

There are 3 additional vowels in Danish compared to English: Æ, Ø and Å. It also has a wide range of vowel phonemes that is total 27.

Words can be added collectively to make extremely long words in Danish. Speciallægepraksisplanlægningsstabiliseringsperiode, meaning “period of plan stabilizing for a specialist doctor’s practice”, is the longest Danish word. Other examples contain: multiplikationsudregningstabelshæfteopbevaringsreolsproduktionsfacilitet.

Nouns in Danish can take either of two genders, but they are known as common and neuter rather than masculine and feminine. The division between these two genders is mostly random, though all nouns must belong to one or the other. This is some of the Danish language facts not all are aware of. That’s why it’s important to opt for professional Danish translation services.

Although Danish is mainly spoken in Denmark, it’s spoken as a native language by about 20% of the population of Greenland, where it holds official language position.

English speakers often struggle with languages that differentiate between informal and polite ways of saying “you”. Danish does make this difference, as Du is informal whereas De is formal. However, De is rarely used in modern speech and is found in traditional speech or official letters.

Danish has a clean phonological quality called stød, which sounds like a small hiccup or a crack in one’s voice. This is notoriously challenging for non-native speakers to master, but it’s important: stød is the only difference between the pronunciation of the words bønner (beans) and bonder.

50, 60, 70, 80, and 90 numbers use a vigesimal system, meaning that they are based on multiples of 20 instead of 10 in Danish. For example, the word for sixty is tres. This is a shortened form of tresindtyve (tre-sinde-tyve), which means 3 times 20. These are some of the many Danish language facts that many are not aware of.

Danish language has influenced a lot on the other Scandinavian languages like Swedish and Iceland, and Norwegian, thanks to the Denmark-Northway union in the 14th century.

That is why if you need a document translation into Danish, you have to contact professionals. NordicTrans can be a very wise choice. Our specialists are ready to help 24/7!

NordicTrans hopes you like our fun facts about the Danishlanguage! We are the best Danish translators in the market. Call now!