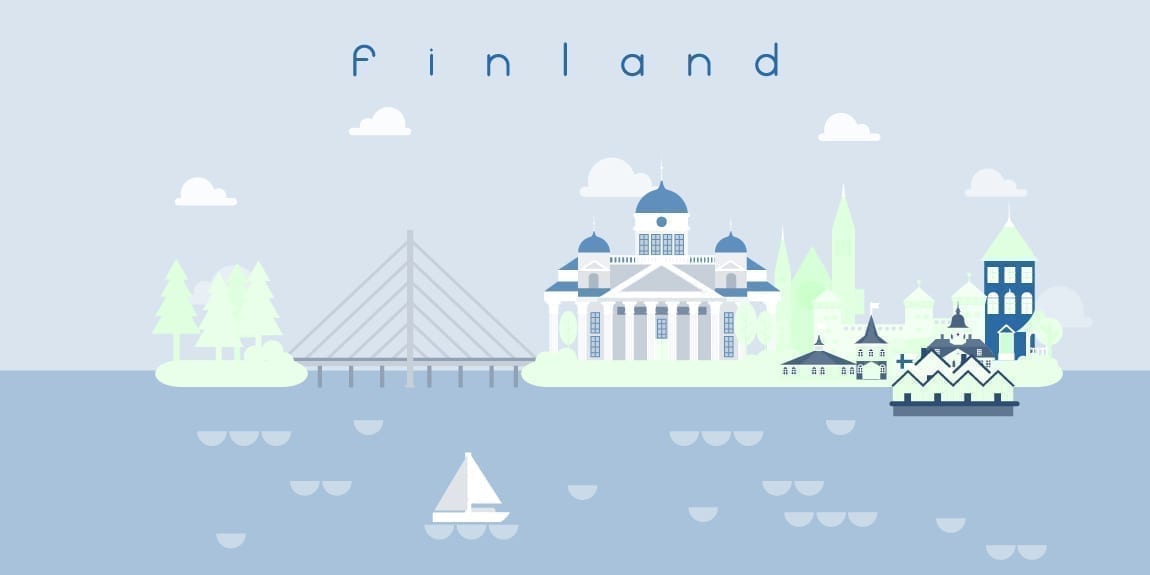 Finnland people and the Vikings

Finland is an independent state in Northern Europe. It shares its borders with Sweden, Russia, and Norway. It is a Nordic country and shares close ties with all the other states in the region including Sweden, Norway, and Denmark. The traditions and tongues of the country have been influenced by the Nordic culture. The capital of the country is Helsinki. There are two official languages of Finland, Finnish and Swedish. The Finnish government is based on a unitary parliamentary republic system. The government of Finland is known for offering the best quality of life to its citizens. The press enjoys the highest amount of freedom in this state. It is also one of the most stable countries in the world. It is known for its climate. The climate of Finland results in warm summers and freezing cold winters.

Who Were the Vikings?

They were seafaring people that came from Southern Scandinavia. They are also referred to as Norse people. They raided, pirated, and settled throughout different parts of the European continent. The Swedish coasts suffered from multiple raids. They established Viking settlements in far off countries including Ireland, Belarus, and Ukraine. The Norse people greatly affected the Scandinavian kingdoms during the medieval period. They used merchant ships to travel to different regions. They had a unique culture and their establishments were quite advanced. Norse women also took part in military activities. They spoke Old Norse, a language that ended up influencing all the modern-day vernaculars of Scandinavia.

The Norse men were not just expert sailors, they were also farmers, traders, and craftsmen. They were credited for being the first Europeans to reach North America. They also traveled as far as the Middle East. There are a lot of misconceptions today about the history of the Norse people. Over the centuries, the history of those tribes has been rewritten multiple times. This is why there are a lot of questions today about the peoples of the Viking Age. Although we have enough evidence from history to learn about their culture, we can’t say for certain that we know everything about the Norse people. For instance, a recent discovery showed that raids in the Baltic region happened more than half a century before the Vikings Age.

Are the Finland People Vikings?

Did you know that three Nordic languages Swedish, Norwegian, and Danish originated from Old Norse? Well, now you do. The effect of the Norse people and their culture on local communities of Scandinavian countries cannot be ignored. But Finland is also a Nordic state, which has made people wonder if it has any ties to the Norse men of the past. Throughout centuries, many settlers moved to the southern coasts of Finland. Some trade routes also attracted the attention of merchants.

The Finns have a lot of stories of migration in their history. The vast majority of settlers in the past were Swedish. The state also had to face border tensions during the 15th century. Although there is no proof that the Norse peoples attacked or traded with the Finns, that doesn’t mean there is no connection between the two. The Norse people originated from the Scandinavian region and the land of the Finns is often considered a part of it. So, it is safe to say that some Finnish tribes could be the descendants of the Norse people. However, in order to learn about the origin of these tribes, it is important to study their genetic makeup.

Even if some tribes have Finnish origins, they could have Norse genes. By studying the genetic heritage of Scandinavian people, researchers were able to figure out their connection with the Norse people. Although there aren’t too many people with Norse genes in eastern and northern Finland, the south and western parts of the state have a significant percentage of the population with the seafaring genetic heritage. However, Finnish Vikings have undergone mutations. As a result, the percentage of Norse generational traits in Finnish people is a lot less than one would expect.

The Life of the Norse People:

The Norse people raided various countries in Continental Europe. The period during which they raided and attacked various states is known as the Vikings Age. They affected the culture of eastern and western Europe. Their sphere of influence was not limited to a particular state’s population. From Sweden to England and the Middle East to Russia, everywhere they went, they ended up changing the lives of people.

A lot that is shown in modern-day TV shows about the Norse people is incorrect. It is true that they loved their weapons and raided different territories, but they were not savages. They established governments in different territories and were not just busy with raids. They worked for the development of agriculture. The records show that the majority of Norse women lived fearlessly and took part in raids.

The Norse people did not only excel at war. They had a great social system. They enjoyed sports and games. They used poetry, storytelling, and music to keep themselves entertained. They were also excellent farmers. The Vikings of today have assimilated to modern cultures. But some of them still practice their old traditions. These descendants of Norse people can be found all over eastern, western, northern, and Central Europe.

The Origins of Finland:

It wasn’t until the 12th century that the Catholic Church began to gain a foothold on this land. That’s when the written records begin. There’s not much known about the Pre-Christian church history of the land. After the crusades came the 13th-century Swedish colonization. From the 13th century onwards, the land became a part of the Kingdom of Sweden and was ruled by different Swedish kings. In the same century, the land saw an influx of Swedish settlers that moved to the southern and western coasts of Finland. The purpose of the crusades was to promote the church. By the 16th century, the farmers had improved agriculture, and the economy of the land was growing at a rapid rate.

In the early 19th century, the land was ceded to the Russian Empire. However, the Russian authorities continued to govern the land with the old Swedish laws. Immediately after Finland got its independence in the 20th century, a civil war began. After the end of the civil war, tensions with the Soviet Union persisted. During this time, the government of Finland developed close ties with Sweden and England.

After the second world war, the Finns had to lose a huge part of Karelia. Regions including East Karelia went to the Russian state. But since the war, the Finns have come a long way. They have a strong economy today and one of the best social welfare systems in the world.

The Sami are an indigenous Finno-Ugric people who inhabited different parts of Europe. Many studies suggest that modern-day Finns are closer to Sami people than Norse men. In any case, the rock paintings, religion, and the traditions of the Sami people are an important part of the Finnish identity today.

The Languages of Finland:

The Finns speak the Finnish language. It is a Finno Ugric language which has 5.4 million native speakers. It has been influenced by the cultures and religions of the region. Swedish also enjoys official status in Finland. As a result, Finnish has adopted many Swedish terms. The vernaculars of the Finns have been affected by the church and the culture of neighboring countries. Swedish and Russian influence on the culture of the land is the greatest.

Not everyone is trained to handle official documents. You will have to find a qualified and experienced person. A Swedish person cannot handle your documents if they are not in Swedish. Only a native expert can give your documents the attention that they require. Choose a person who is not only qualified but also offers quick turnaround times. A lot of people don’t realize how important education is for translation. Make sure the person you are hiring for linguistic assistance has the right education.