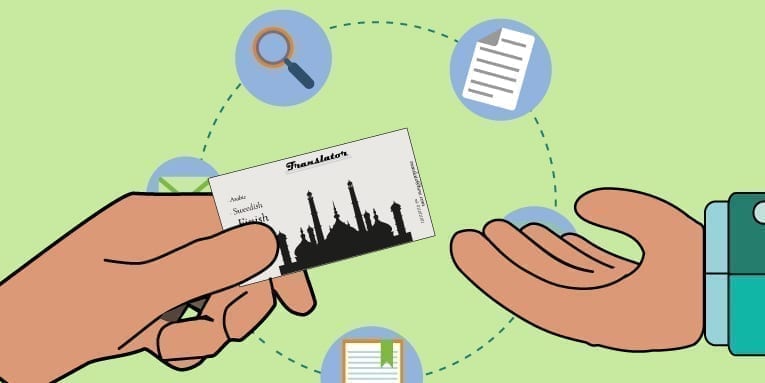 Why Arabic language is the second language in Sweden

In the past in Sweden, Finnish was the most utilized language after Swedish. Nowadays, it seems to be occupied by the Arabic language. This conclusion is based on the number of speakers that exceeds the Finnish language quickly and rapidly. The reason for this may lie in the large number of refugees increasingly settling in Sweden in recent years. Some prominent linguists who closely follow all of the trends of languages ​​in Sweden, have a logical explanation about this, that maybe someone deliberately wants to tear down the primacy of Finnish as a second language in use in Sweden and for the Arabic language to come in its place.

According to research in 2012, about 200,000 people listed Finnish as their mother tongue and only 155,000 people as speakers of Arabic. Due to the dramatic influx of refugees in recent years, has rapidly increases the number of people who speak Arabic in Sweden. Proof of this is that in 2015, Sweden registered more than 163,000 refugees who listed Arabic as their native language. So, in just three years the number of these speakers has increased by 8,000 people, mostly coming from the regions of the Middle East and North Africa.

Because of these structural changes in the population of Sweden, we can justify the suspicion that if migration continues at this pace, soon it can be expected that the Arabic language will replace the Finnish language as the second most utilized language in Sweden. This type of opinion is not just based on individual opinion, but it’s based on research and information available from public authorities such as the Swedish Migration Agency and the National School.

The official stance is that language statistics are unwelcome as they are not politically correct. It may be a correct interpretation of certain structures that ethnic identification should not be confused with the language. The truth is that regardless of the views the structure of the languages ​​spoken today in Sweden has changed. The fact is that Swedish mediums broadcast programs in other languages.

Demand from Arabic to Swedish media content is a hit now. Sweden has already satisfied the desire of the audience through the new Arab talk show on Swedish Radio and Swedish Television (SVT) and a series of news in Sweden were translated into Arabic and some Arabic newspapers have emerged across the country.

It must be emphasized that Sweden is not the only country that has taken this trend. This motion lately occupies the whole countries members of the European Union. A number of EU Member States have a number of objectives aimed at integrating refugees in their country. To demonstrate how welcome refugees are and to make them feel at home in their new countries, nearly all countries have allowed the introduction of newspapers and websites in migrant’s native languages. That is one of the reasons why translation services see more and more requests for Arabic languages.

This is the first stage of the effect on the culture and language ​​of all the countries of Europe, as a consequence of the refugee waves that engulfed the continent several years ago. But the fact is that all these people who speak languages ​​other than their native language exist in many European countries and have already changed the structure of language usage and application, as is currently happening in Sweden with the Arabic language.

Being the second most used language in Sweden, the number of Arabic speakers is increasing with each day. As there is a high number of refugees and immigrants living in the country, predictions suggest that Finnish language will be replaced by Arabic as the second most utilized language in the area. This has resulted in a great demand of Arabic to Swedish translation in which choosing a reliable translation agency is compulsory.

NordicTrans has been providing certified translation solutions for the past 17 years. With thousands of satisfied clients, the company has always strived to deliver accurate results ahead of deadline. Coming over to yet another great translation service by the agency, customers can now get Arabic to Swedish translations at lower rates. Not only limited to a single language, NordicTrans covers more than 120 languages for which subject matter expert translators are appointed only.

Get your quote now

To avail a free quote for Swedish translations, customers can reach out to our project managers and discuss project details clearly. Moreover, our translations are recognized and accepted internationally as every assignment is done by best possible efforts. Whether you need translations for business or personal needs, our professional translators leave no stone unturned to deliver accurate outcomes.

What language is spoken in Sweden?

Finnish is obviously taking the first place, with all its dialects, followed by English and Arabic it seems. The need for translation is evident, and we have seen an increase in demands coming from Sweden, not just for business, but also for personal translation needs.