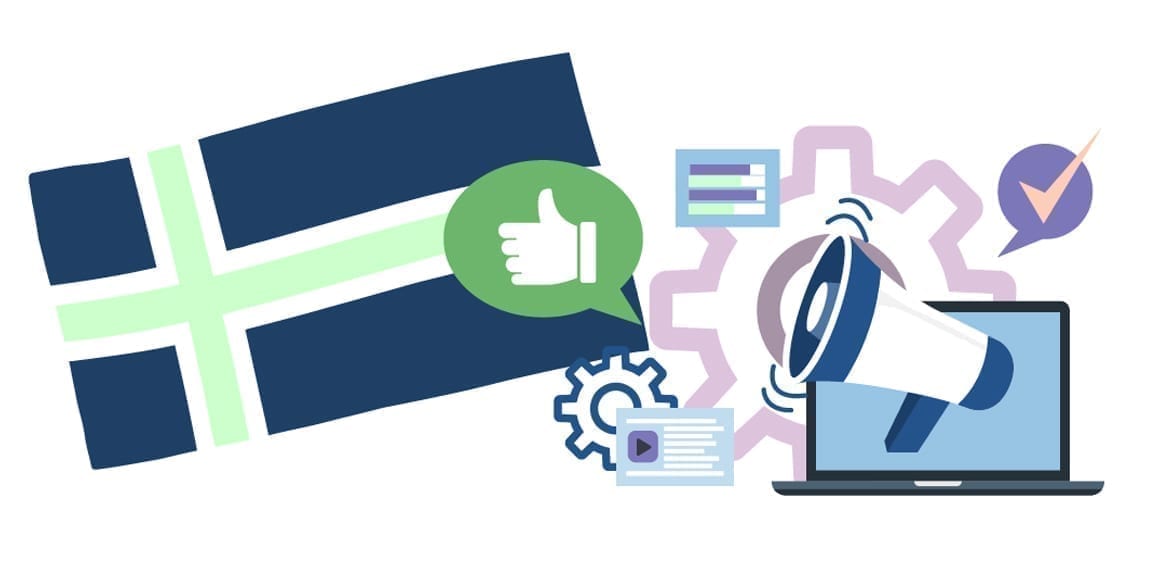 There is something about Scandinavian countries that attract people. But it isn’t just their beauty, although they have that in abundance. It isn’t even the cold climate and snow-covered mountains either. There are a lot of special and strange things about these states that make them so fascinating. Either people want to visit these states or move there for good. And neither of those decisions would be a bad one since these countries are ideal places to live in. Not only do they have natural beauty, but they also offer civil liberties to their citizens. The Nordic history of these places also makes them fascinating.

We would not expect a country to have both glaciers and active volcanoes, but that’s where Iceland surprises the world. The earliest settlers on this piece of land were the Vikings, and the traces of their culture can still be seen in this country. The state takes various steps to make sure the history is preserved. They don’t allow changes in the language so that the citizens can continue to celebrate the tongue that was spoken by the Vikings. This country is known around the world for the ideal living conditions it offers its citizens. The citizens also get to work high-paying jobs, which saves them from financial troubles.

You can always come across a fact about a Nordic country that will surprise you. There are plenty of such things about this state too. Here are twenty of the most bizarre facts about Iceland:

Iceland is the most peaceful country in the world. Violent incidents are non-existent. Crimes are not common, and that’s why the police of the country do not carry weapons.

The concept of the last names of family names does not exist in Iceland. The last names are created by adding -dóttir or -son after the first name of the father or mother of the child.

If someone wishes to give their child an uncommon name, they will have to get the approval of the state. If the state thinks that the name is not in accordance with the Nordic culture, the name will be rejected.

In Iceland, you will often see prams outside cafes. It is common in the country for mothers to leave their babies outside to nap while they go inside cafes or restaurants.

Are you tired of the buzzing of mosquitos? Move to Iceland, where these creatures do not exist.

WIFI and high-speed internet are available to almost every citizen of the country. The percentage of people that had access to the internet in 2010 was 97.6.

One in ten Icelanders will publish a book in their lifetime. The country is known for its highest number of publications per capita of books and magazines.

Iceland is a peaceful country that does not believe in war, which is why it does not have an army, navy, or air force.

You won’t be able to find a McDonald’s in Iceland. However, you can see the last burger and French fries made by McDonald’s in a museum.

Icelanders drink more coke than all other nations of the world. So, if you thought they live a healthy life, you were wrong.

The vernacular of the land has stayed the same, so the old texts written in Old Norse can be easily read by the citizens of today.

Although new pieces of land are still forming around the island, it is home to one of the oldest parliaments of the world.

The Icelanders do not think of the cold when they want to eat ice cream. They will have ice cream even when the temperature is below zero degrees.

Another great achievement of the country is using renewable energy resources. The whole world can learn a few things from the green energy projects of Iceland.

You won’t find a single train or a railway system of any kind in Iceland. The citizens use other means to get from one place to another.

There is a myth that Vikings took all the trees of Iceland to build their homes and boats. Although the number of trees in the country is very low at the moment reforestation programs are well underway.

Icelanders love weird foods. For instance, the raw heart of a puffin is considered a delicacy in this country.

Despite having a cold climate, the water in Iceland is always warm. The underground heat keeps the water from going cold.

Frequent volcanic eruption means that a huge portion of the state is covered in lava fields.

The fascinating state of Iceland is known for many things. The number of tourists visiting the country is increasing every year, and as a result, more people are becoming obsessed with the Nordic region. Going to Iceland may not be simple, but it will be worth all the trouble. So, make sure to learn more bizarre facts about Iceland when you decide to visit the state.

5 Interesting Facts about Omotic Languages
May 5, 2022